The GLM Flash Point is a unique addition to the GLM suite of products.  It’s parallax corrected, which is nice.  But the points seem to tell you less data per minute than the FED.  In this example there are eight points for the Sterling/Irion County storm.  However, you need to mouse over each point to get more data (flash duration and area).  By comparison, the FED quickly tells you this is an electrically active storm.  In a warning environment, with limited screen space, and where every second counts, the FED tells you a lot more very quickly than the Flash Points. 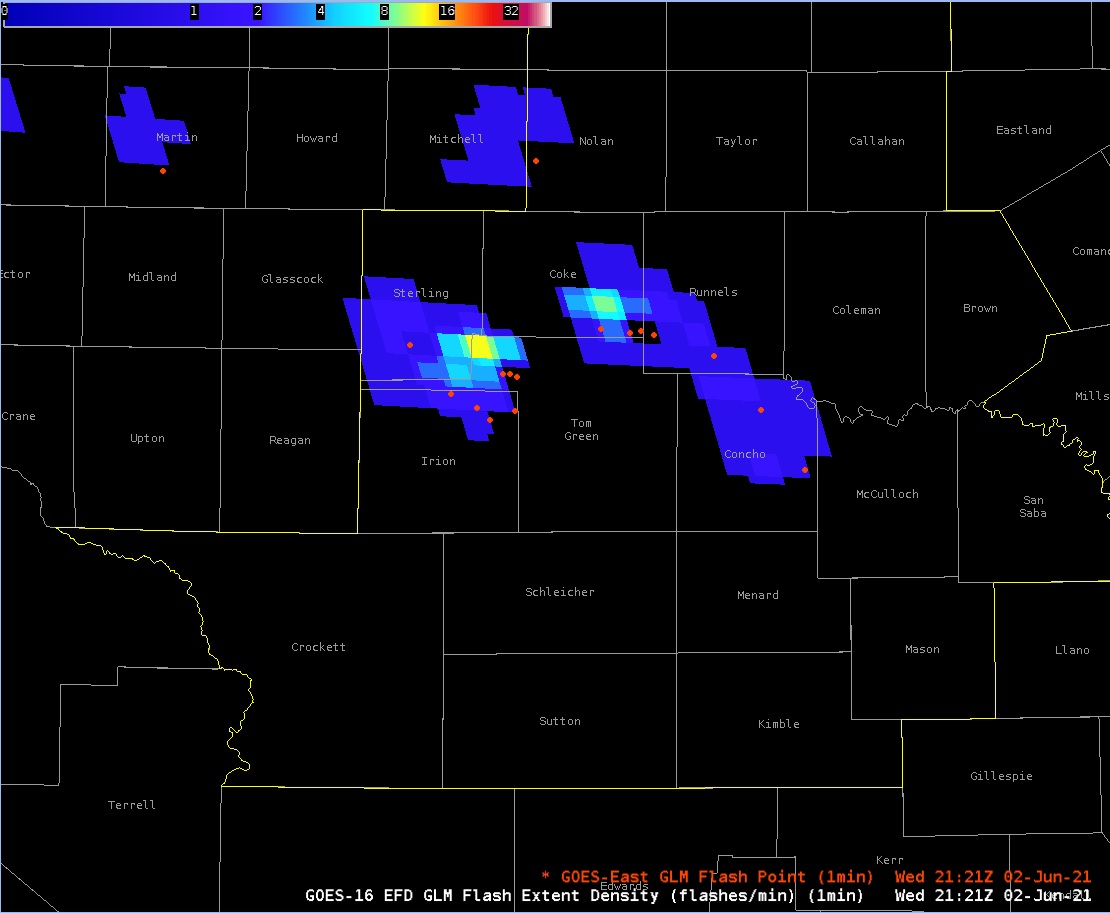 Radar imagery showed a storm form and rapidly strengthen over Guadalupe County, NM.  ProbSevere matched this intensity increase well.  The storm looked like it was going to become severe.  ProbSevere jumped to 60% at 2226Z, which was about a 40% increase in about 5 minutes.  Surprisingly, the 60% value was the same for ProbSevere Versions 2 and 3.  The modelers mentioned that Version 3 has lower values than what forecasters are used to seeing in Version 2.  Therefore, a 60% value for Version 3 is probably a higher threat than an identical value for Version 2.  That gave me more confidence considering this storm severe. 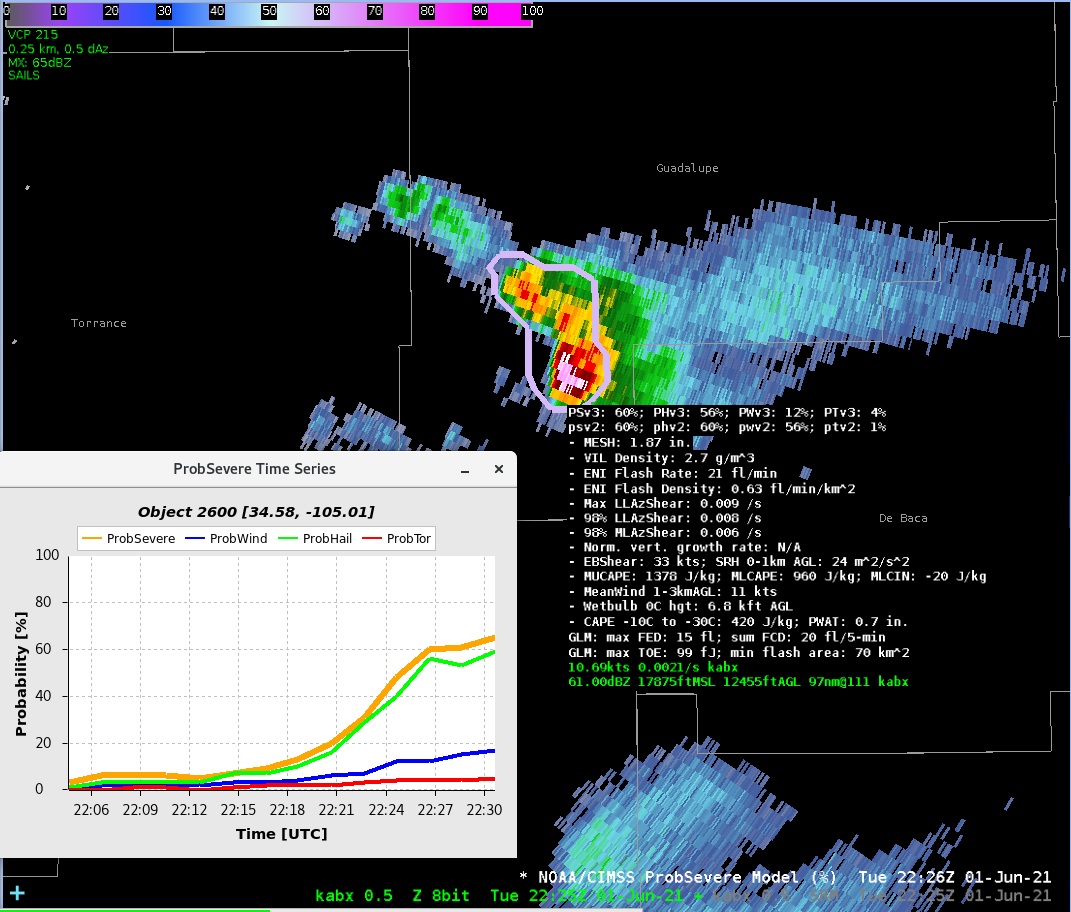 Looking at a surface map there looks to be a boundary, possibly a weak warm front, over E CO that storms are firing off of.  A similar feature can also be seen in the satellite data taken at the same time. 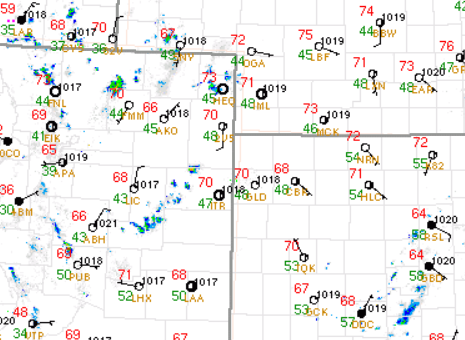 The flash minimum area is also a good way to help catch the eye of what updrafts are strengthening, especially if the trend of low flash minimums persists.  Great tool to use at first glance of which storms need to be watched and which don’t. 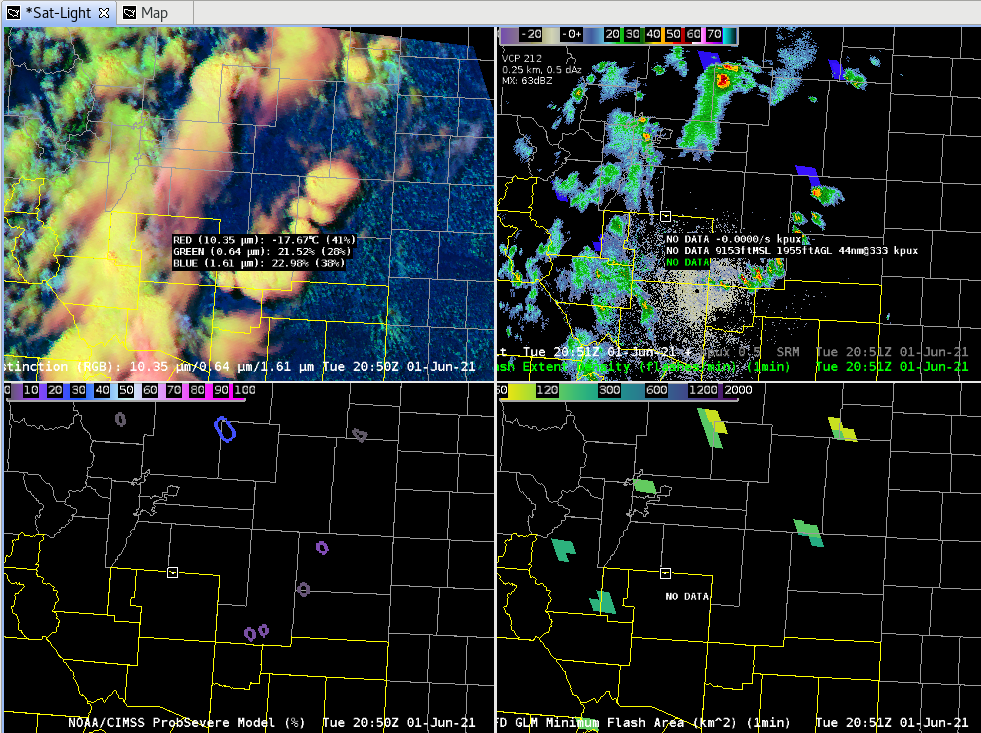 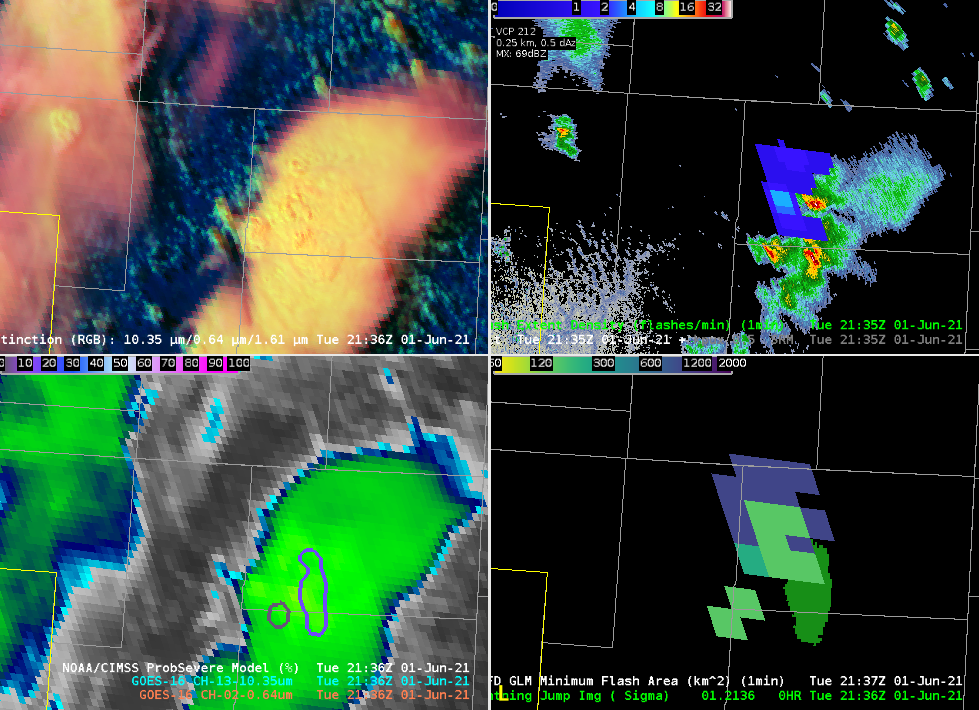 Area of coverage greater for the  minimum flash vs extent density.

MRMS and Satellite indicating glaciation (the small updraft in the center of the satellite picture). Lightning expected, but only seen potentially with the minimum flash area product and not with the flash extent density product. Until one scan later (shown below). 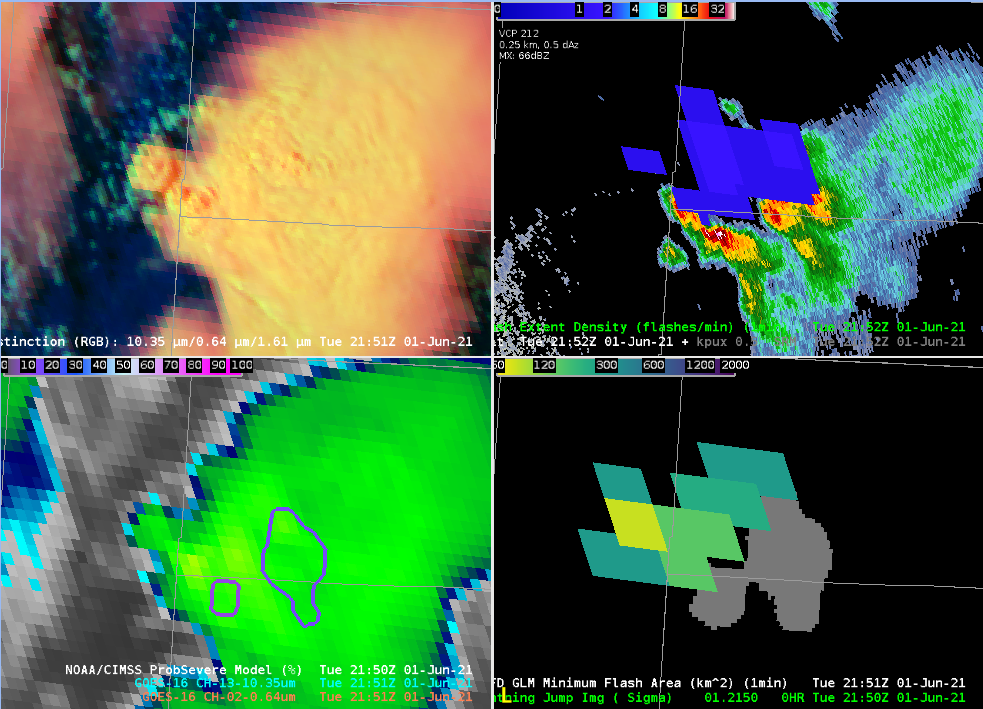 Next time stamp, we can see increased minimum flash area lightning over the new updraft and a pixel from the flash extent density. So the minimum flash area would likely be the best bet for using the tool with decision support services in mind due to its higher sensitivity.

This was a scenario where we were baffled by how little lightning was being shown from both the minimum flash area and flash extent density products. We asked why so little lightning compared to how much ice is in the storm, combined with MESH indicating a 2” hail stone.  The lightning with this maturing storm was not being sampled well.