With the storms moving out of La Crosse’s CWA, I’ve got a bit of time to finally take a look at the Optical Flow Winds.  I’m intrigued by the product to say the least.

Here is a still image of the GOES-East Meso1 sector today with the string of supercells ongoing (and tail-end charlie in NE Iowa).  One thing I was curious about was how well this could detect storm top divergence.  The radar data was pretty noisy in AWIPS so it was hard to see this in those products.

Here is what the “base” product shows. 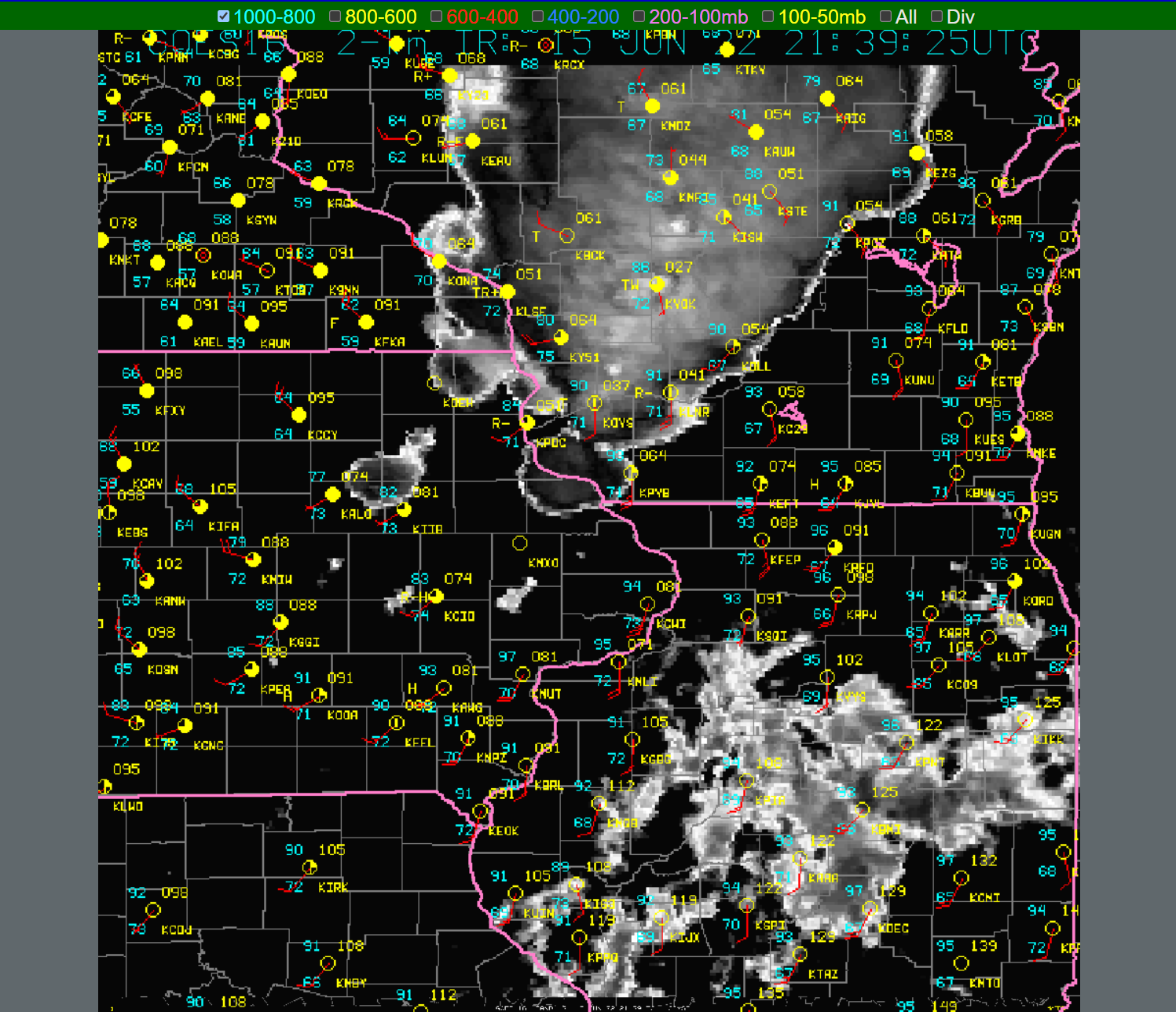 Now let’s overlay the upper-level winds as detected by this product (roughly the 100-50 hPa layer although I wouldn’t be surprised if some storm tops are going above this: 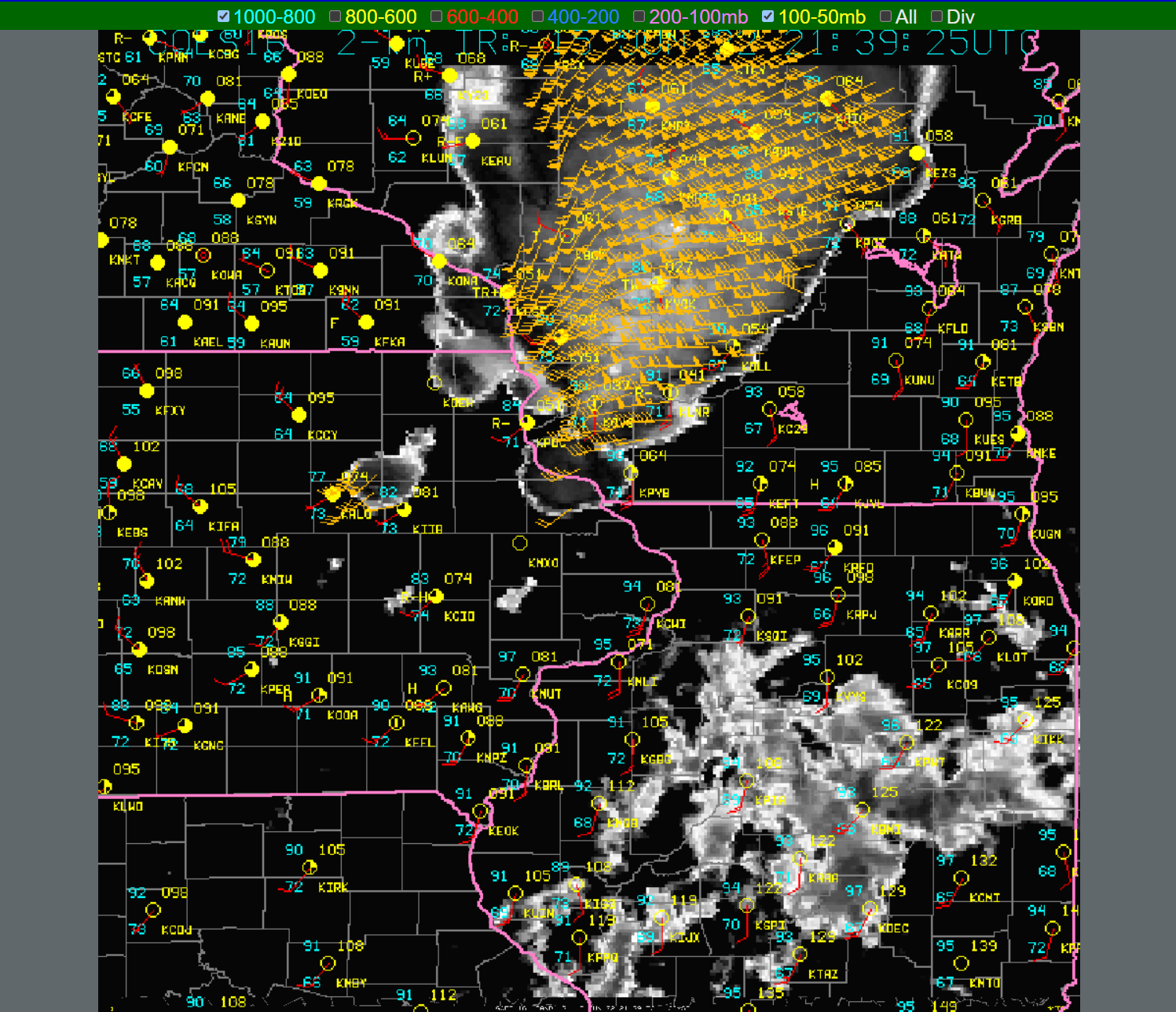 A user can also overlay lower layer wind fields to see what could be happening in those areas.  The key thing was though to see what the storm-top divergence may look like: 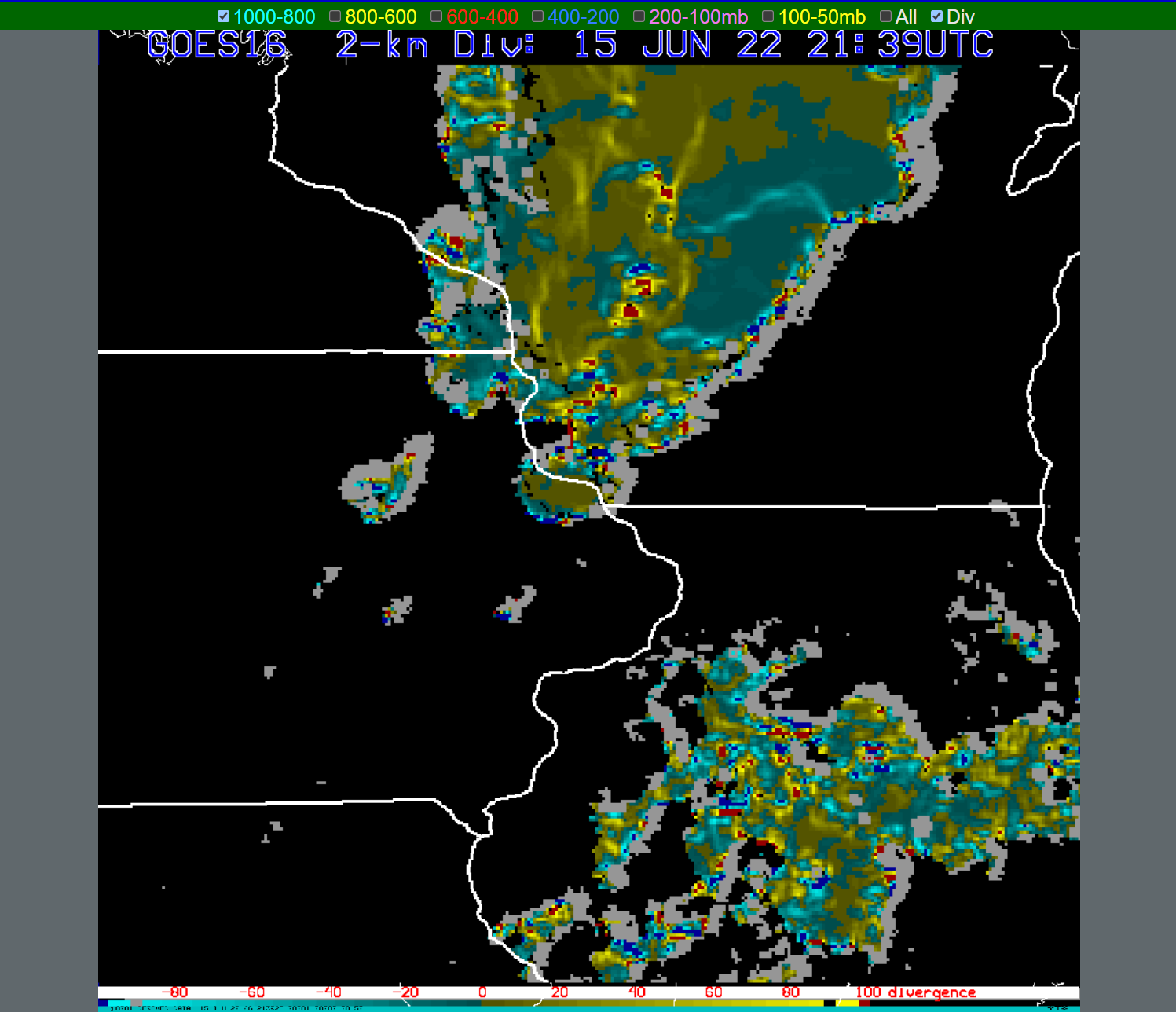 And that’s pretty impressive for an optically derived wind field!  Individual turrets may be showing up where there are enhanced area of convergence/divergence couplets not the ones on the edge of the cloud detection).  It isn’t perfect though:

There is a lot of variability from scan to scan on the strength of the divergence field but there is enough of a signal to figure out where the strongest couplets could be and which storm tops they could be associated with.  We couldn’t overlay radar data or the 3.9 micron “Red/visible” channel with a divergence product to make a 1:1 comparison; something to consider would be a grid that could be overlaid on a different ABI image to do a visual comparison to this product.