Down in Tallahassee, there are two boundary layers where storms are initiating or ongoing.  There is a lingering MCS that moved down from the Midwest overnight and a Sea Breeze. You can see the CAPE gradients along the both boundaries and how that progresses forward in time with both the boundaries interacting with one another. 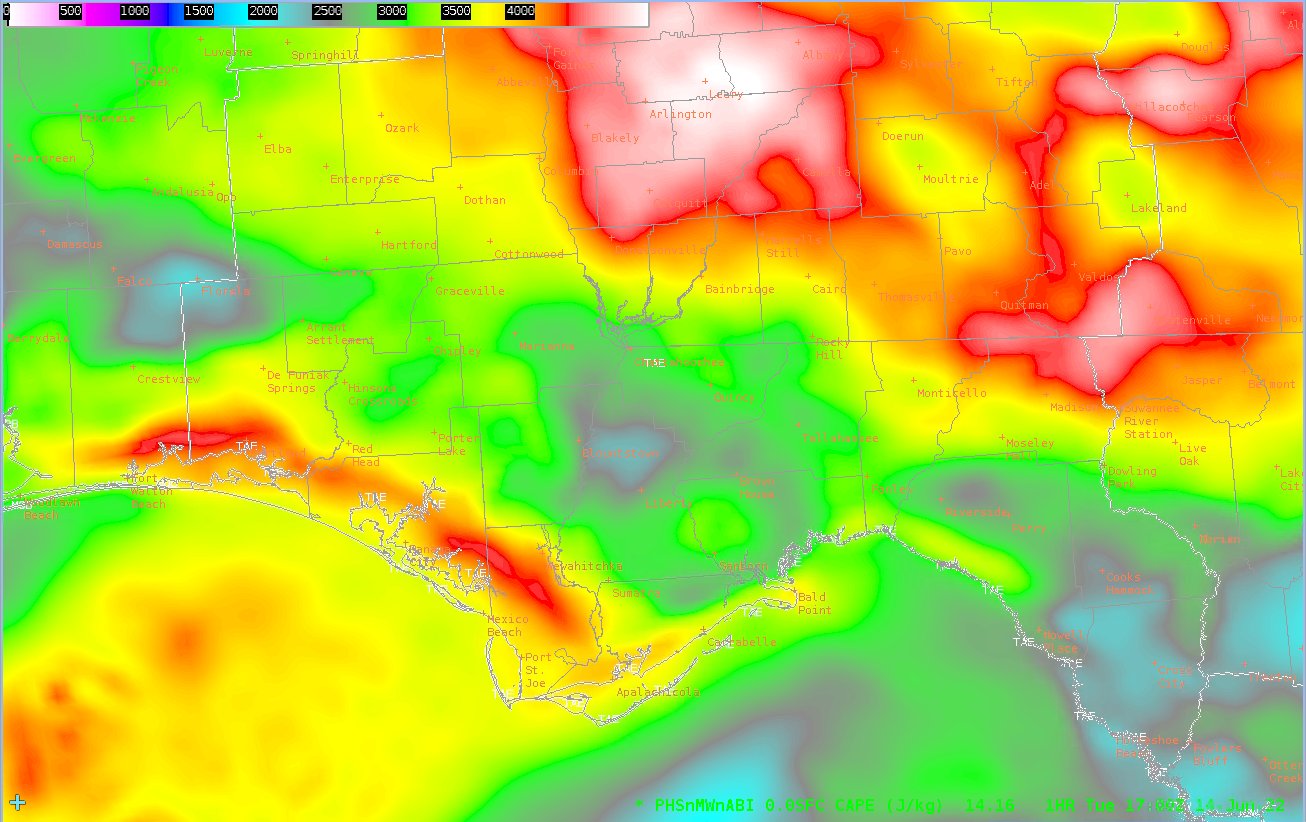 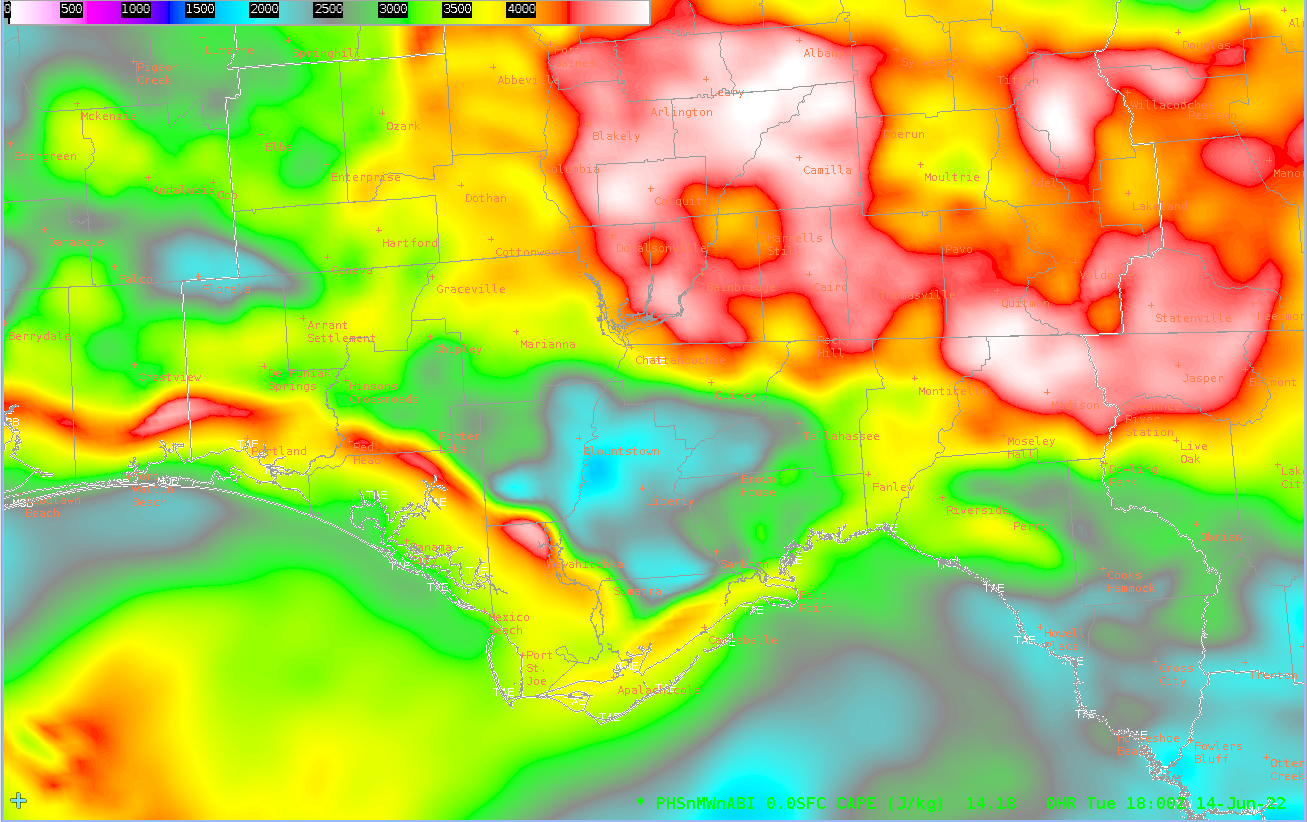 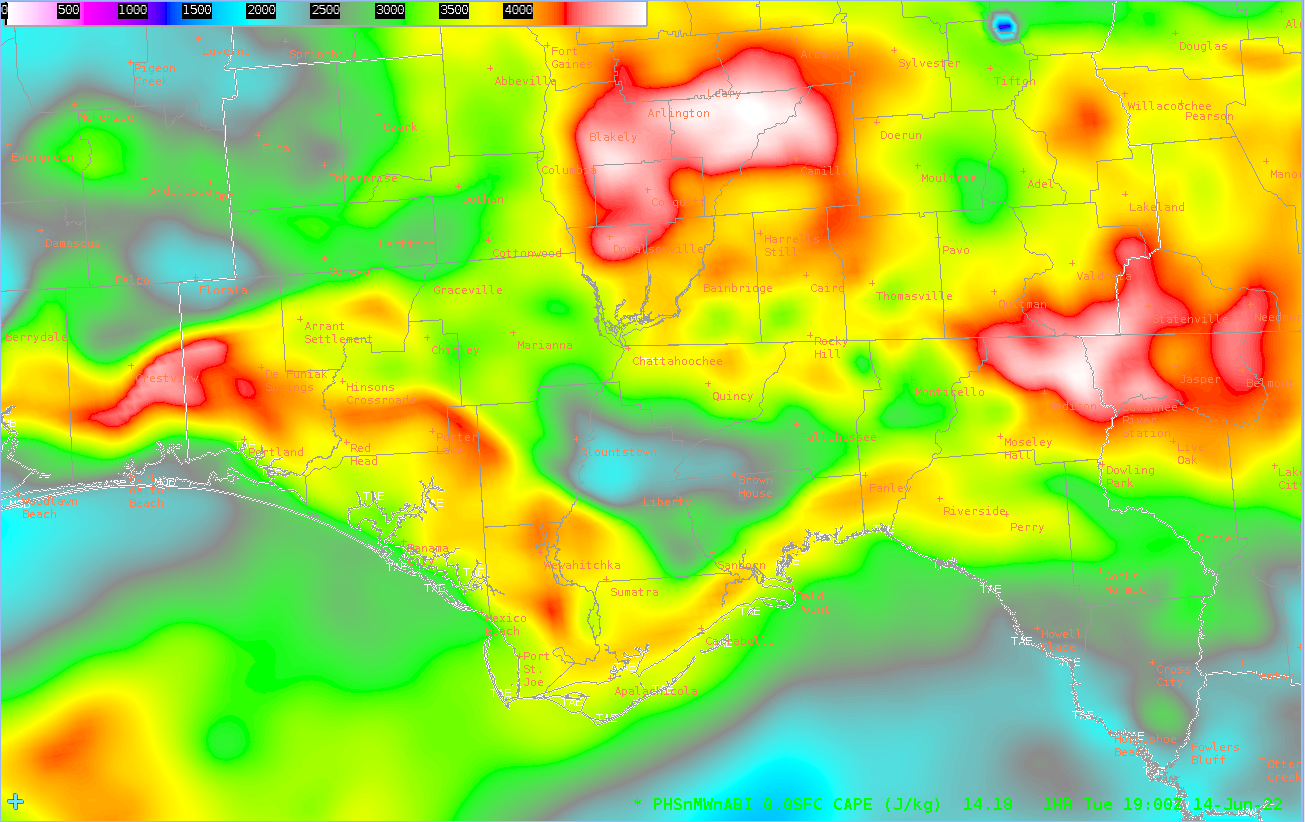 This tracks very well when you overlay the visible satellite imagery with the PHS images as you can see the cumulus field along the CAPE gradient. This gives a good visualization of where storms are initiating along the Sea Breeze and the strongest storm movement along the MCS. 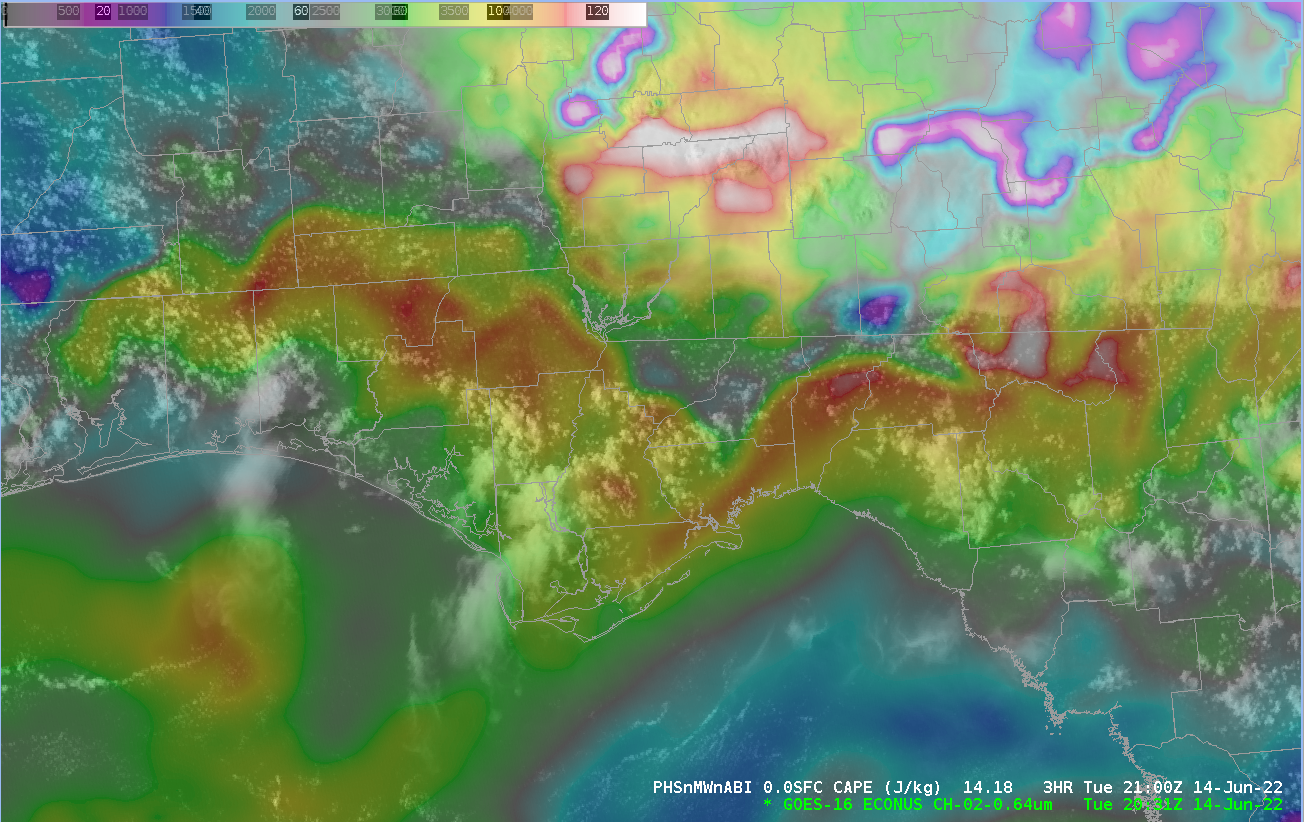 As these two boundaries move closer together they will be moving into a more favorable low level environment. It would be nice to have the Polar Orbiting Satellite NUCAPS sounding data available. This way we could verify lapse rates and what Prob Severe is giving us. While an upper level ridge is in place over the southern CONUS what sounding information we did have early on in the forecast period was very helpful as outside of the storm environment skies were clear. I was able to grab some gridded NUCAPS data that shows the diurnal destabilization of the low levels from 18Z. Now that it is 21Z, that data isn’t as helpful in either a warning or pre convective event because things could have changed drastically in the 3 hrs since the last Polar Orbiter moved through.

After overlaying Prob Severe with the PHS CAPE and Visible Satellite imagery, you can see your strongest storms along the CAPE gradient which tracks well. However, there are differences between Prob Severe Version 2 and Version 3. 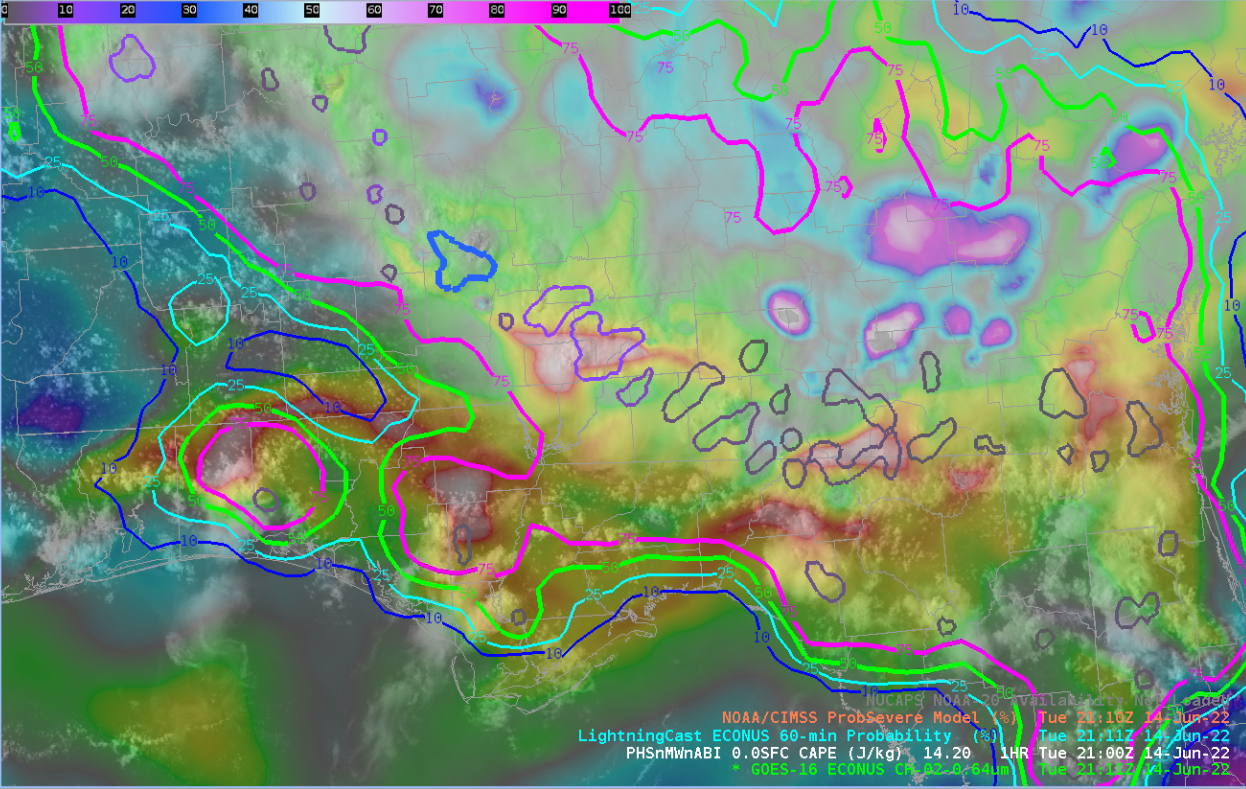 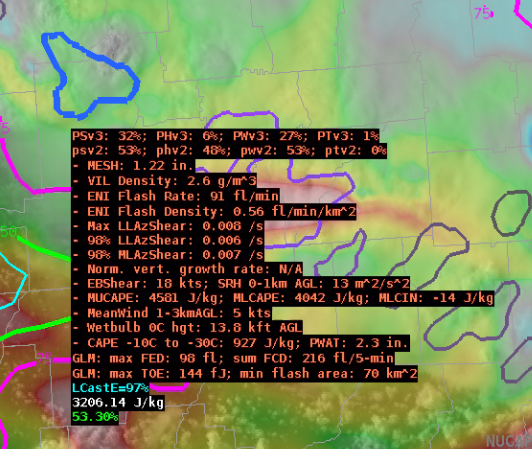 A great example of the differences between PSv3 and PSv2 is with one of the strongest storms of the day for the Tallahassee CWA. Version 2 seems to try to highlight a hail threat at 48% while Version 3 has prob severe hail at 6%.  It seems that Version 2 is overestimating the Hail threat for this area. Especially given the subpar mid level lapse rates at 5 C/km or less, storm motion of around 5 kts or less and the upper level subsidence. The storm environment just is not conducive to produce quarter sized or larger hail.
– Cirrus Fields