PHS CAPE values increase from north to south over Fort Stockton. This correlated well with RAP mesoanalyzed SB CAPE on SPC webpage. Storms actively going up along this gradient as an outflow boundary pushed south during the early afternoon from overnight convection over Oklahoma. 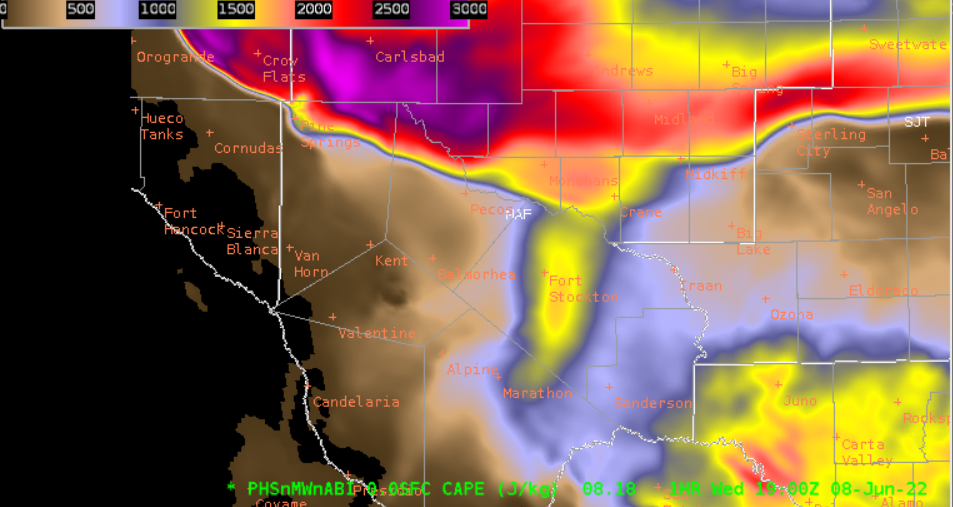 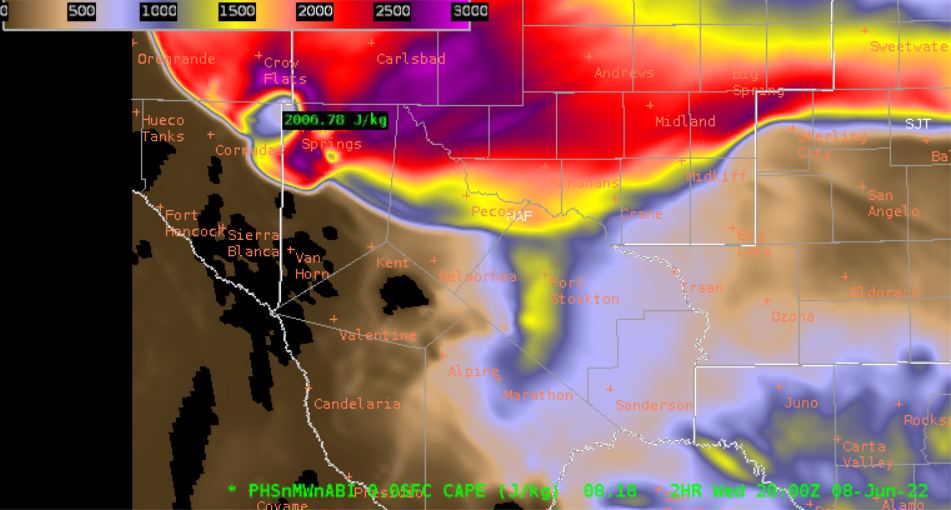 We showed above that the north side of the outflow would contain more instability – which is directly related to the moisture from the morning MCS outflow. The Gridded NUCAPS provides additional insight using the 850mb moisture fields from both AQUA and NOAA20 respectively – validating our hypothesis. 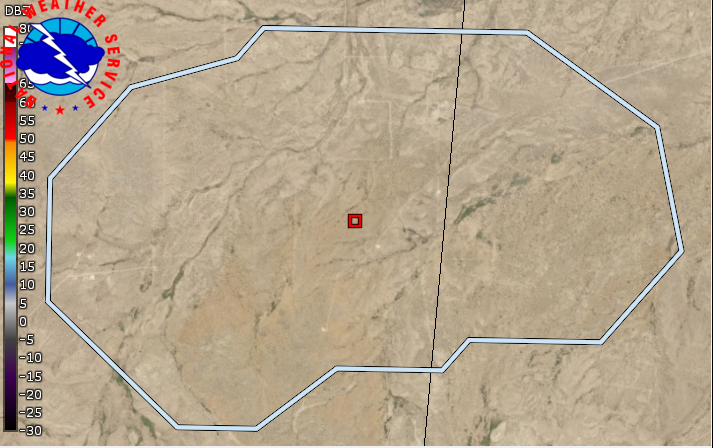 Convection was skirting the northeast portion of the CWA so we’ll use the recent pass of NOAA-20 to view the potential for convection redevelopment to the west and affecting the forecast in our CWA. Here are the Modified NUCAPS soundings:

The top image is for the sounding in Jones county, below is Scurry – which shows a capping inversion still in place.

Weak winds aloft and throughout the atmosphere have contributed to very little in the way of storm motion. Hence, locally heavy rainfall may begin to evolve, even over an area that has received very little rainfall in the last 6 months. 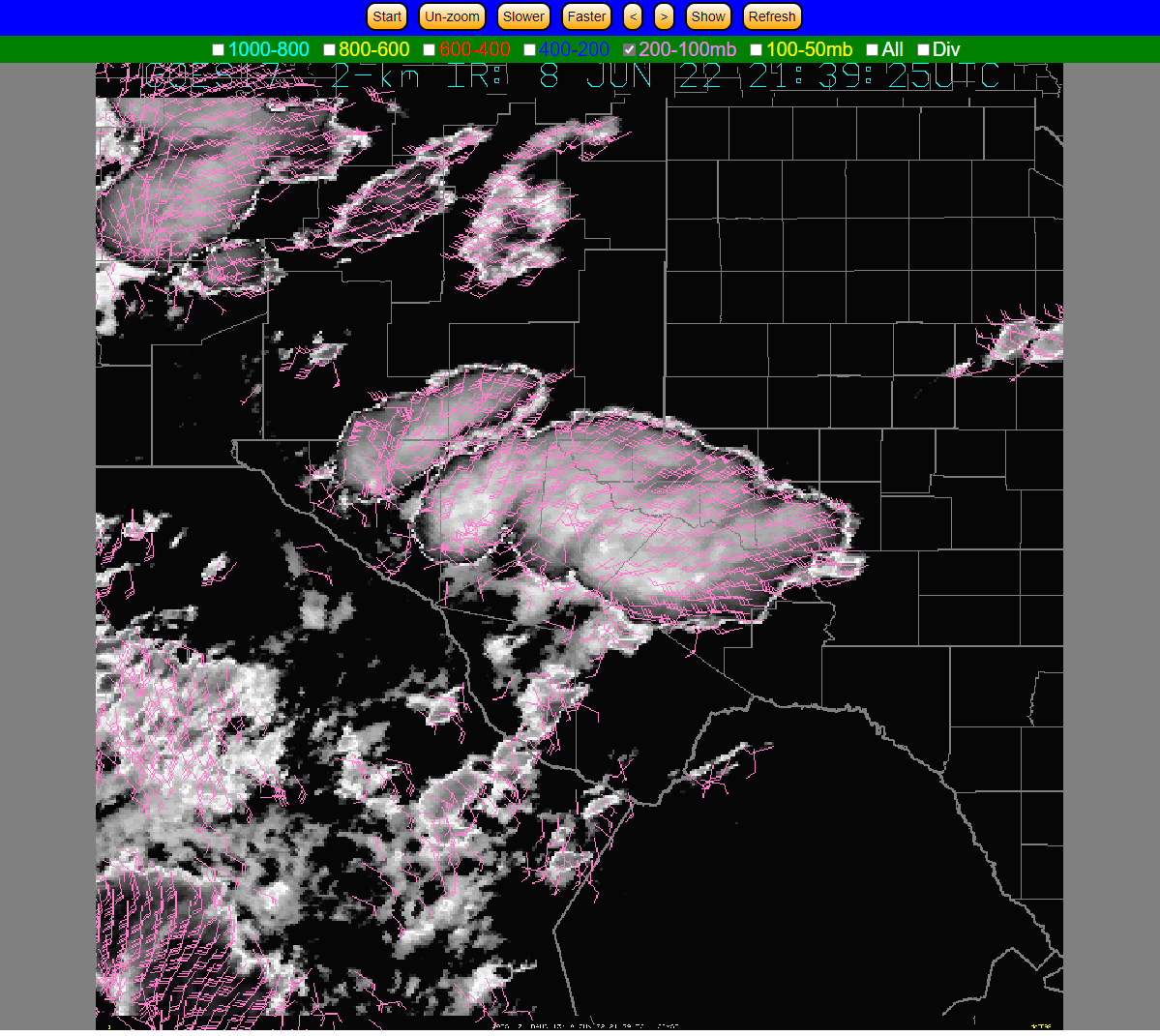 PHS depicts this plume of moisture and associated instability will back into New Mexico this evening. Could it play a part in tomorrow’s severe weather risk?