With the threat for severe weather today, WFO Pittsburg launched a 19z special sounding to access the atmosphere. The atmosphere featured a moist boundary layer with dewpoints the lower 70s and decent lapse rates throughout much of the atmosphere of around 7 C/km. The low-level wind profile in the observed sounding indicates veering winds with height and low level winds generally from the west southwest to west. The wind profile was helpful in determining the severe weather threat. Based on this low-level wind profile, one can conclude that the tornado threat appears to be fairly low.

The Observed sounding indicates major fluctuations in the dewpoint temperature throughout the atmosphere but the NUCAPs sounding indicates a much smoother moisture profile. Overall, these different methods indicate rather similar PW values to the observed around 1.31 inches and NUCAPS PW of 1.27 inches. Overall, a fairly consistent moisture profile. There are some noticeable differences in the boundary layer moisture profile. The modified NUCAPS is included as the last image. It seems that the modified NUCAPS introduces a bit too much moisture with PW values of 1.43 inches. These higher PW values also lead to higher values of instability as well.

Overall, the NUCAPS sounding was helpful in diagnosing the thermodynamic profile of the atmosphere. It also arrived over an hour earlier than the observed sounding. The sounding indicates a moderately unstable atmosphere across the region capable of leading to severe weather. The moisture profile is smoother in the NUCAPs but it doesn’t seem to affect the overall moisture with PW values being the same. It would be nice to add a model wind profile to the NUCAPs sounding. This way it would be possible to access the tornado threat as well because there is not much available in the thermodynamic profile alone to make this assessment. However, I’m very impressed by the similarity between the NUCAPs and observed sounding. 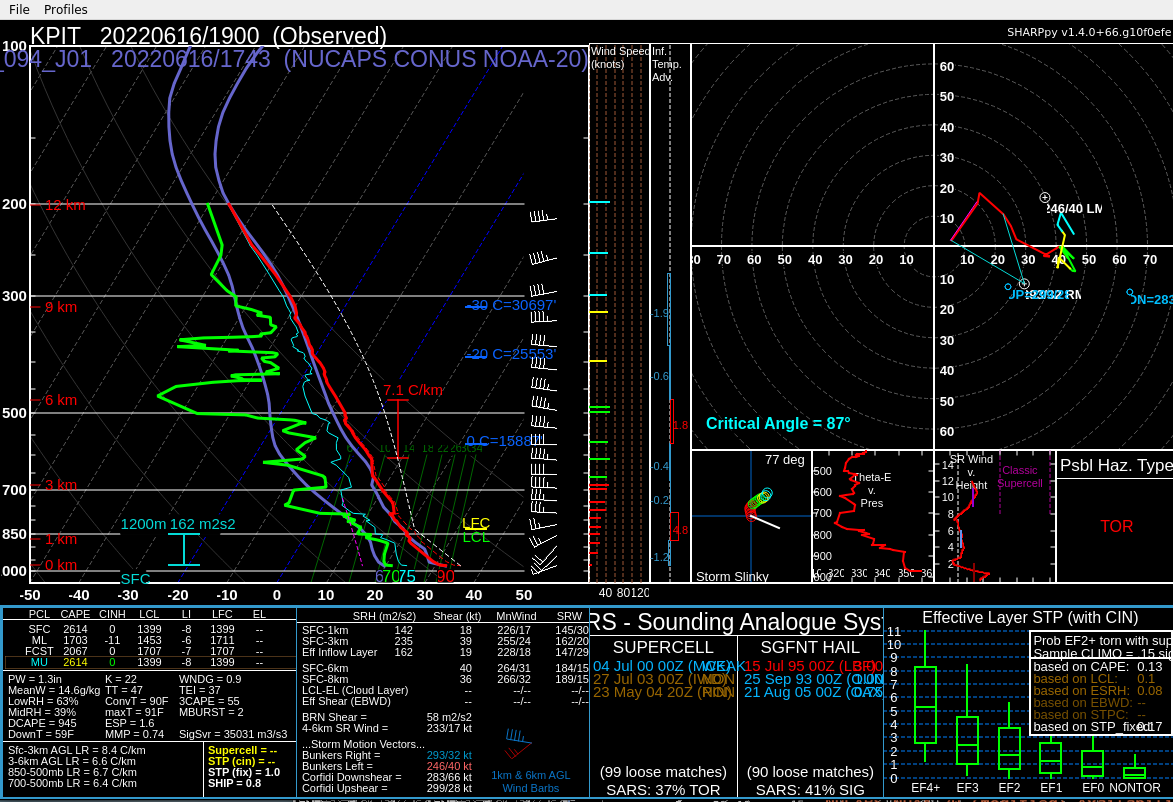 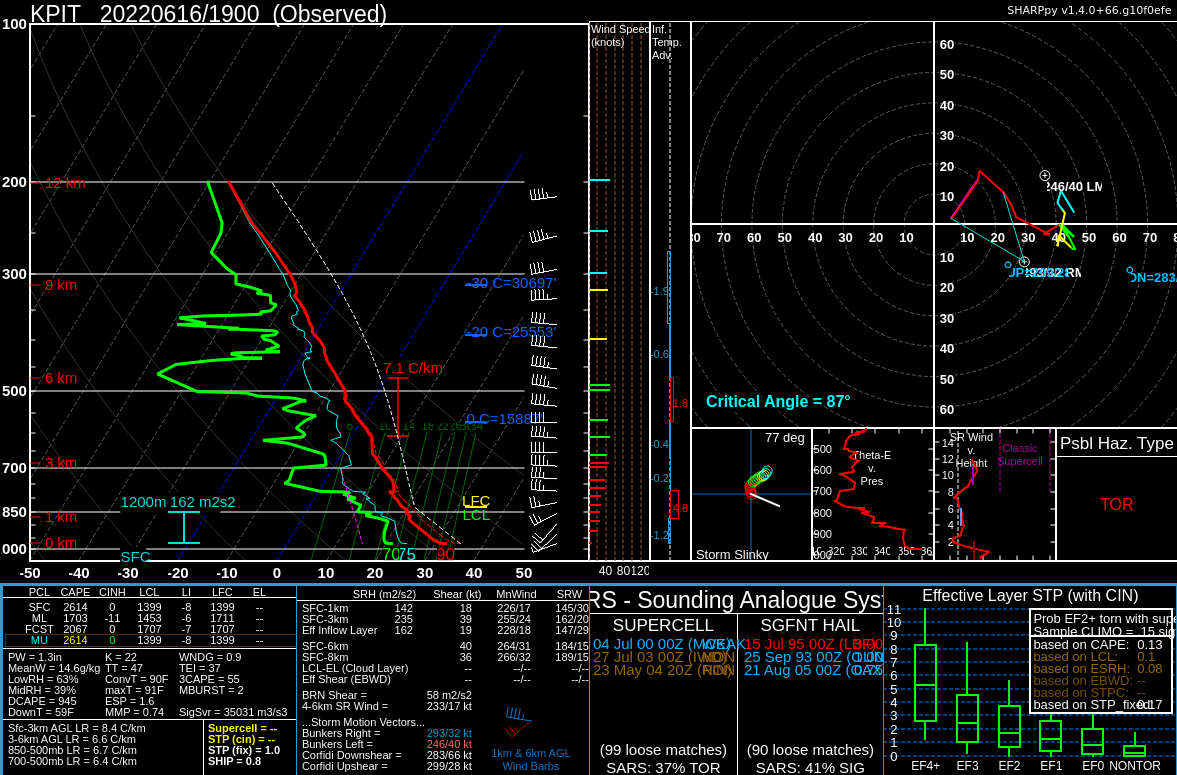 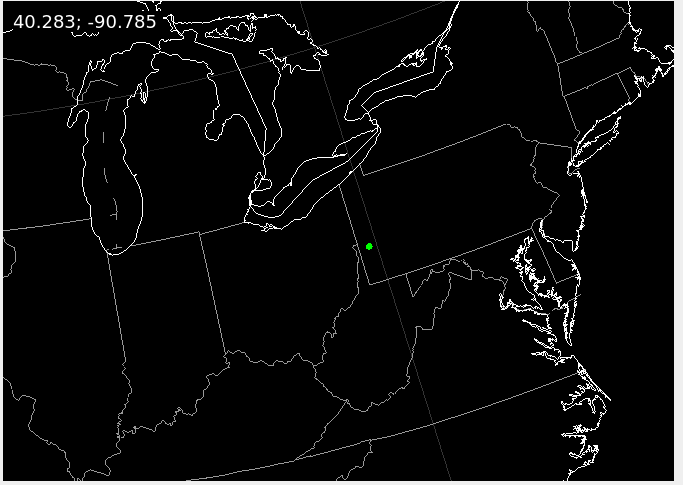 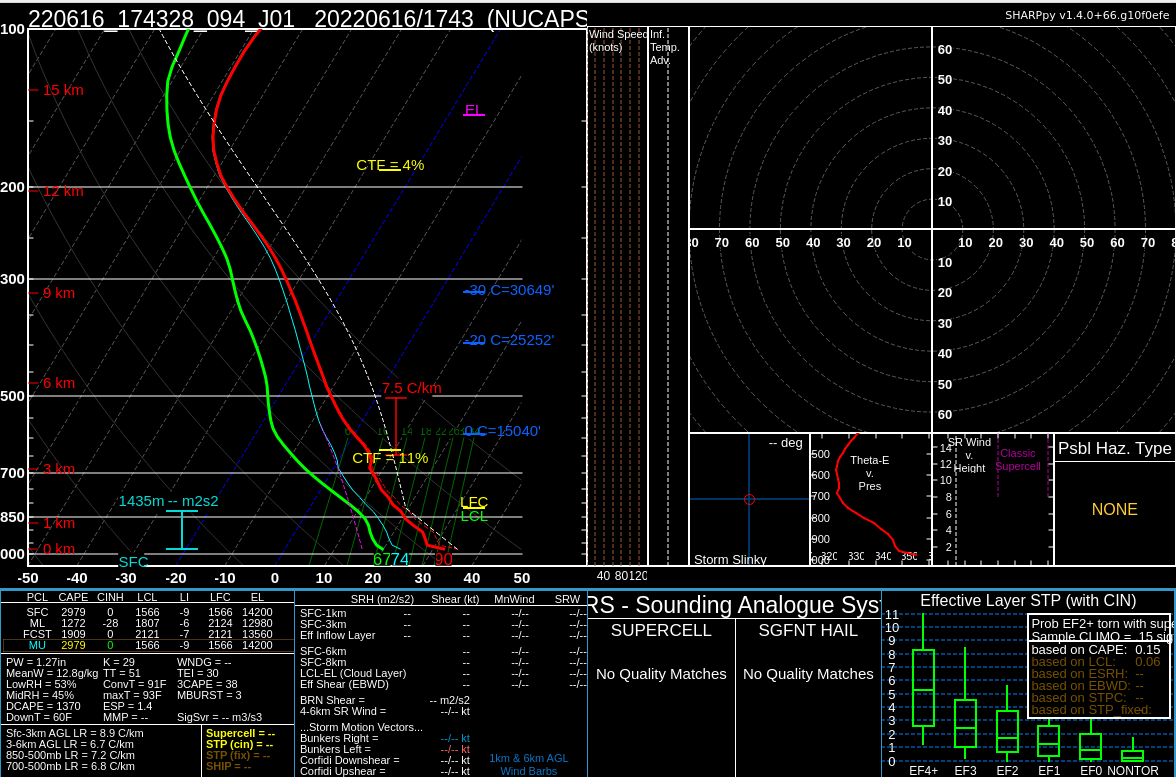 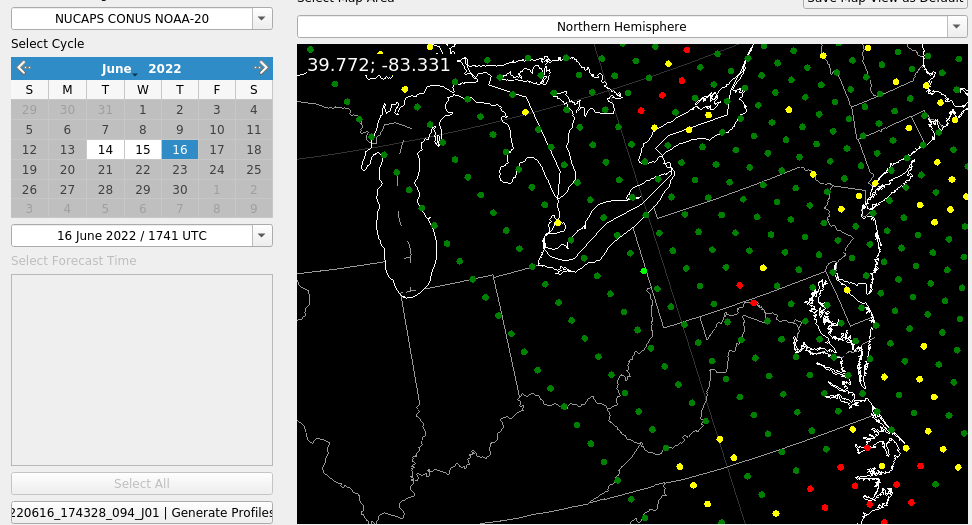 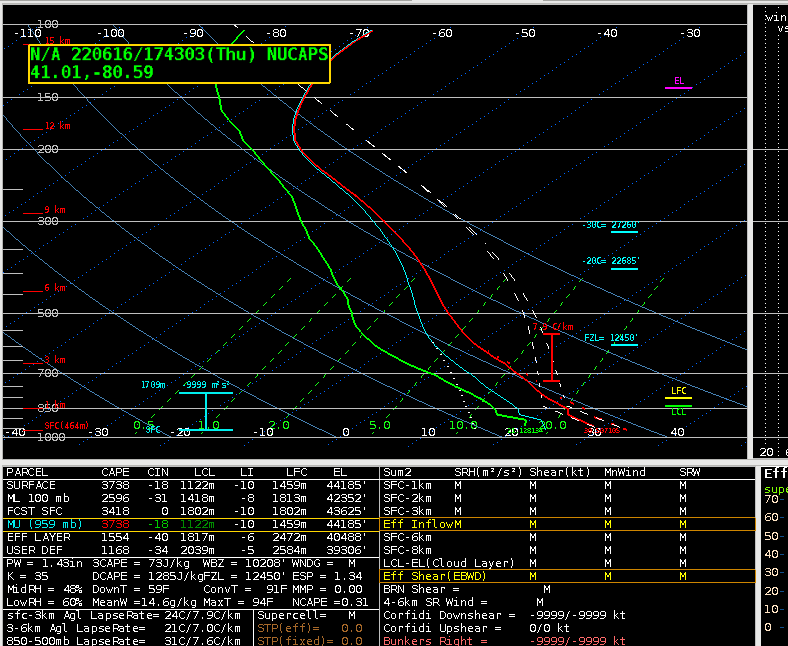