A comparison of NUCAPS at 19Z with observed/analysis products from SPC showed good comparison for both modified and unmodified data. Below shows the unmodified NUCAPS sounding that was “green” over the north-central portion of the ILX CWA. The MLCAPE was around 500 J/kg, with DCAPE around 690 J/kg, freezing levels just below 10,000 feet, and PW’s around 1.1 inches.

A modified NUCAPS sounding for the same location showed an uptick in MLCAPE to around 600 J/kg, along with similar PW’s, DCAPE and freezing level. 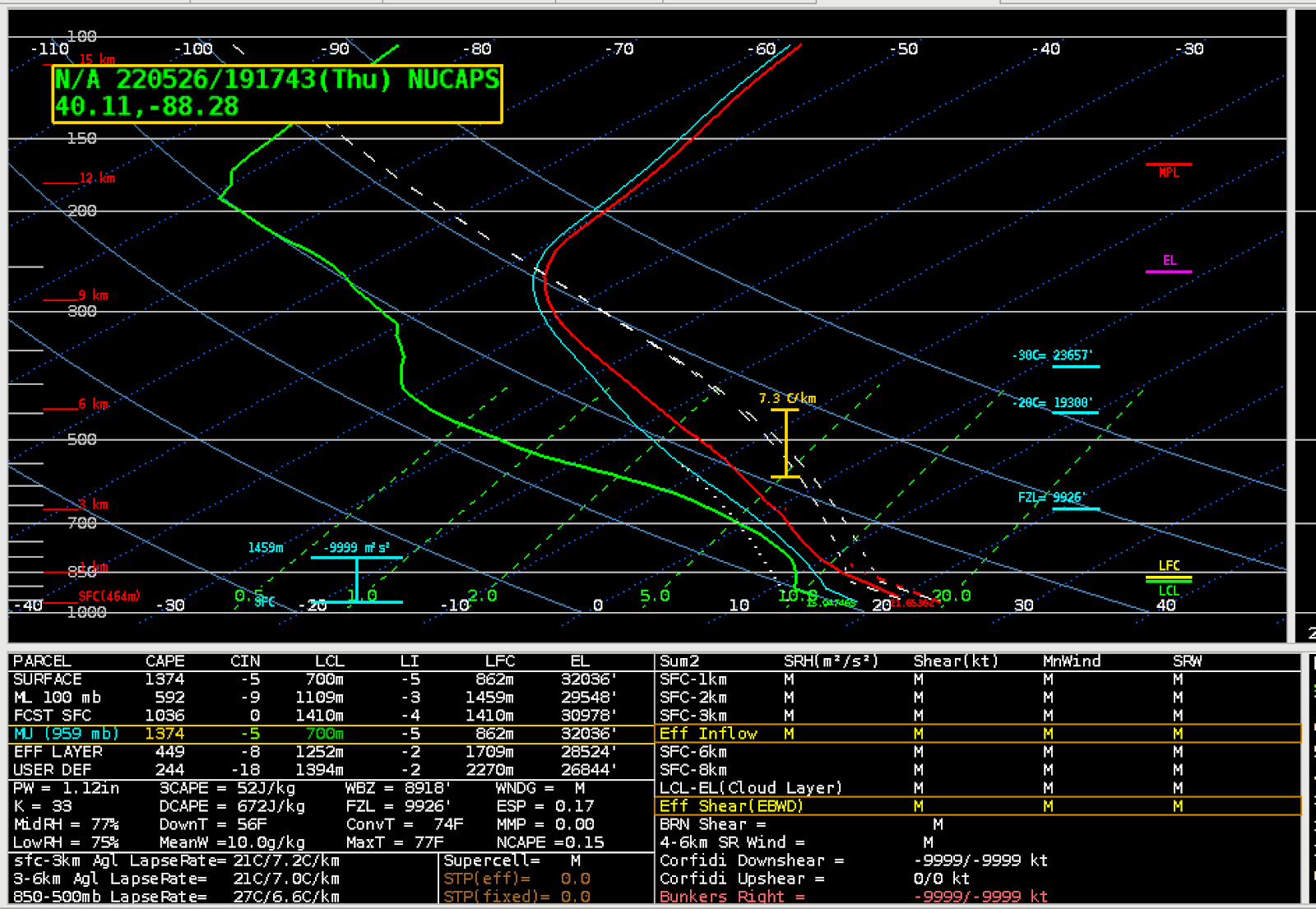 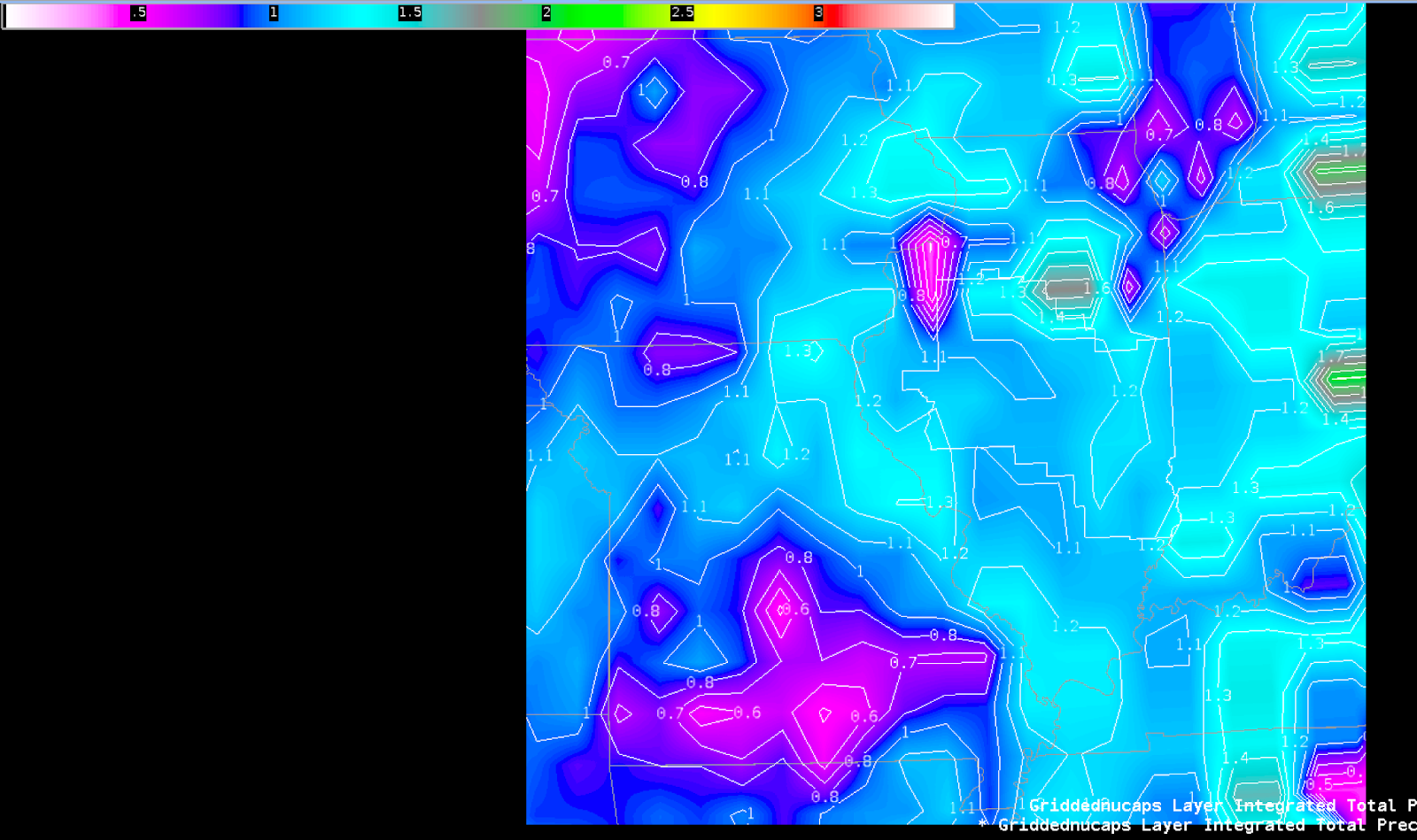 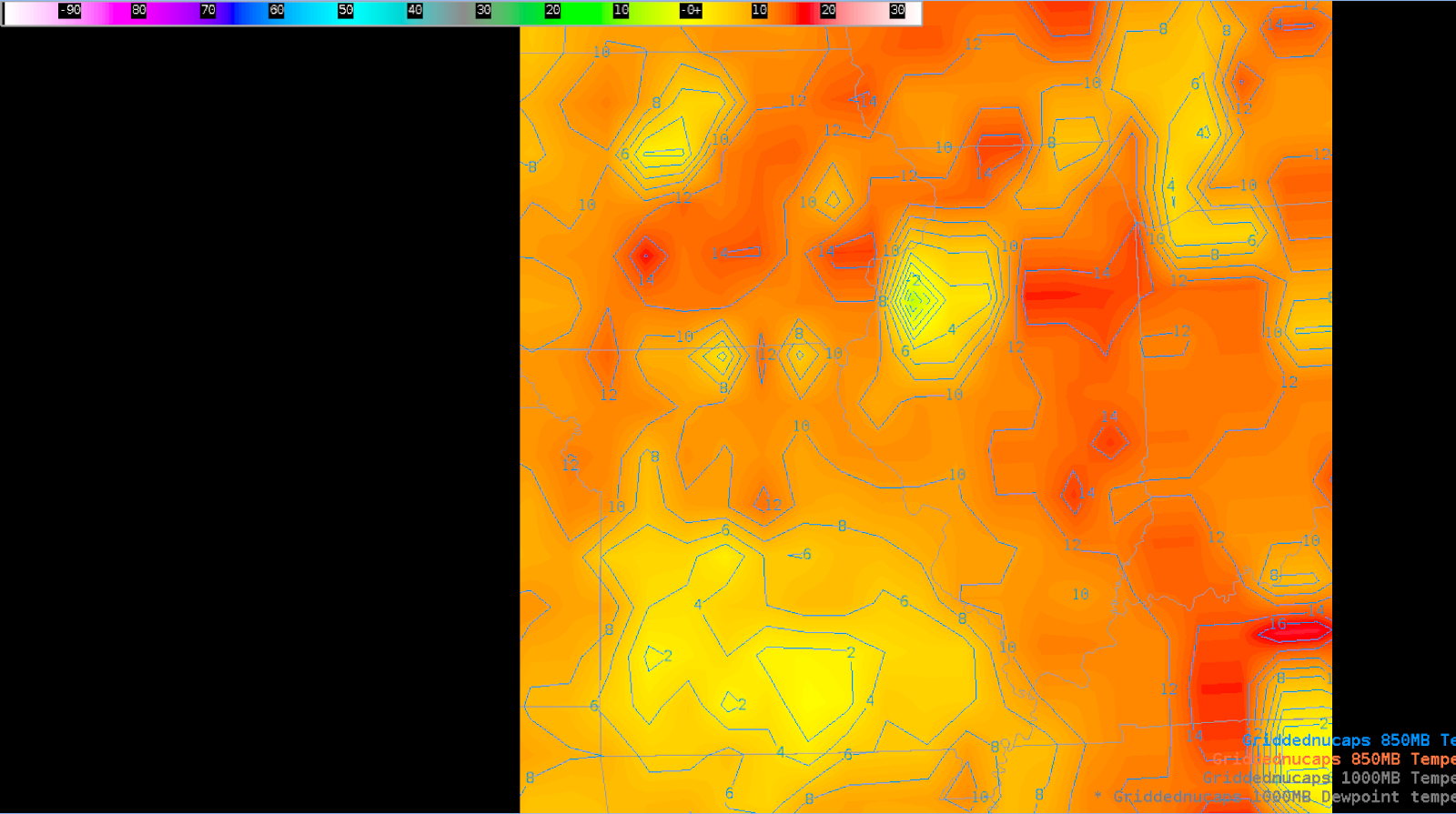 A comparison with SPC mesoanalysis at 20Z showed very comparable PW values, between 1.1 to 1.2 inches over north-central IL, and freezing levels between 10 to 11 kft. As for MLCAPE, it appeared that for both modified and unmodified NUCAPS, the observed was higher than NUCAPS, around 1000-1500 J/kg, perhaps not having a high enough surface dewpoint. As for 850 mb temperatures, they were comparable to those observed, in the 12-14 degC range. DCAPE was also comparable in NUCAPS with what the SPC mesoanalysis page was showing, between 600-700 J/kg. 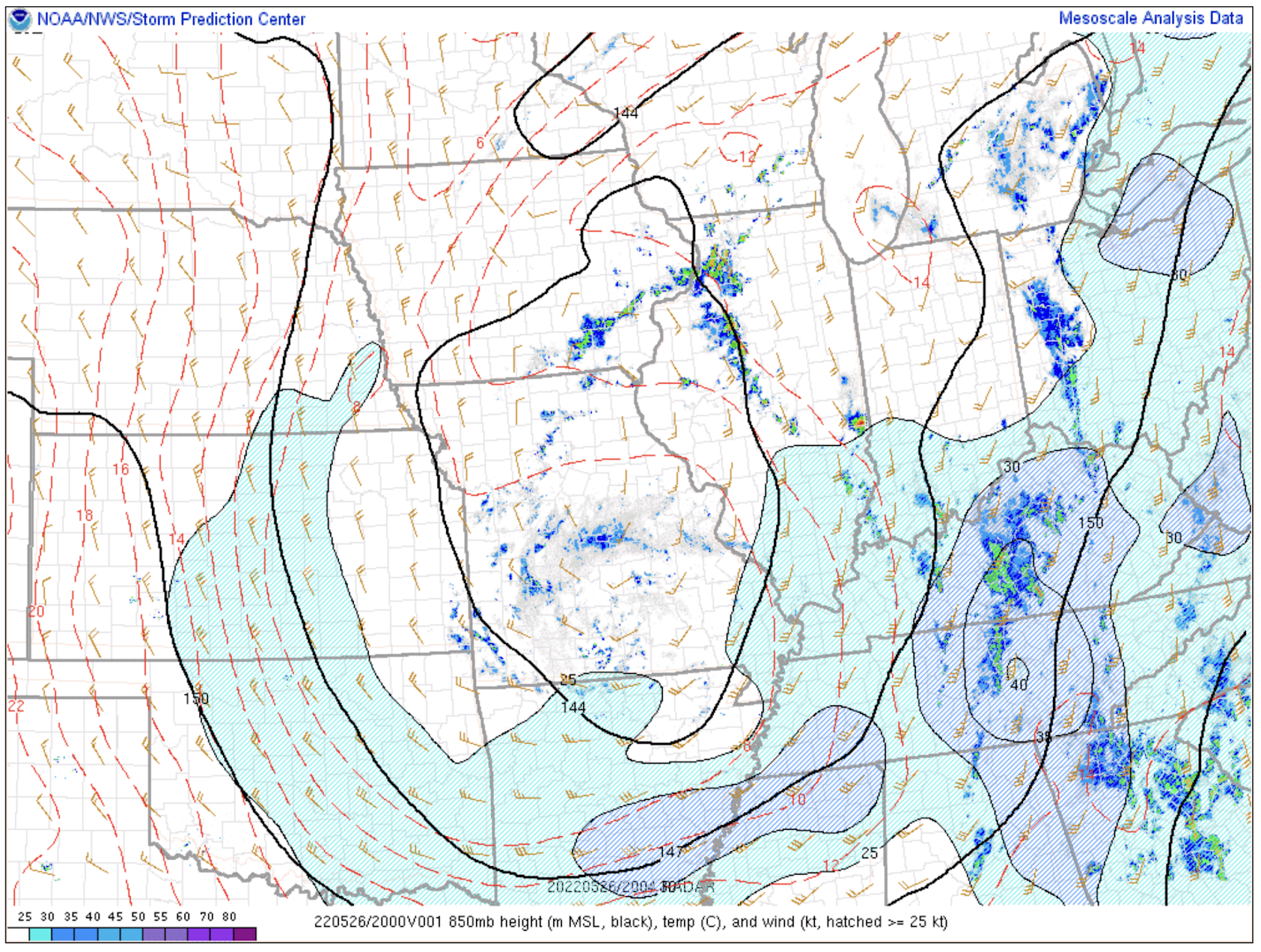 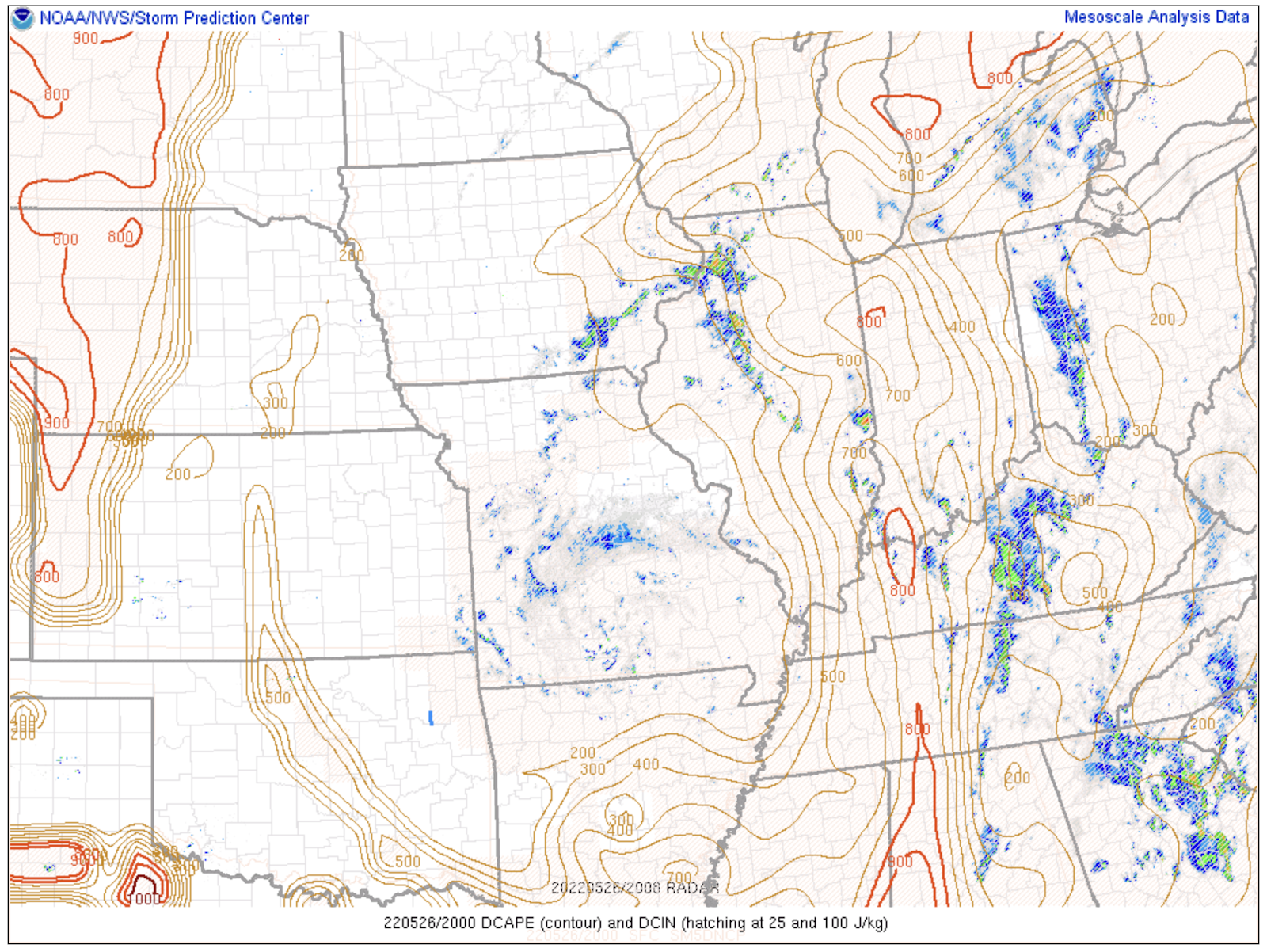 With regards to lightningCAST, ProbSevere, and GLM, around 1932Z, once again the LightningCast was showing good lead time for areas downstream of storms. The main cell at this time I was watching was in the southeast Part of our CWA, which had a nice contour of 75% to the north and east of that cell extending well north of the storm core.

At 20Z, the Optical Flow divergence field appeared to match up well with observed convection at this time. It thus showed quite well with the shear field. 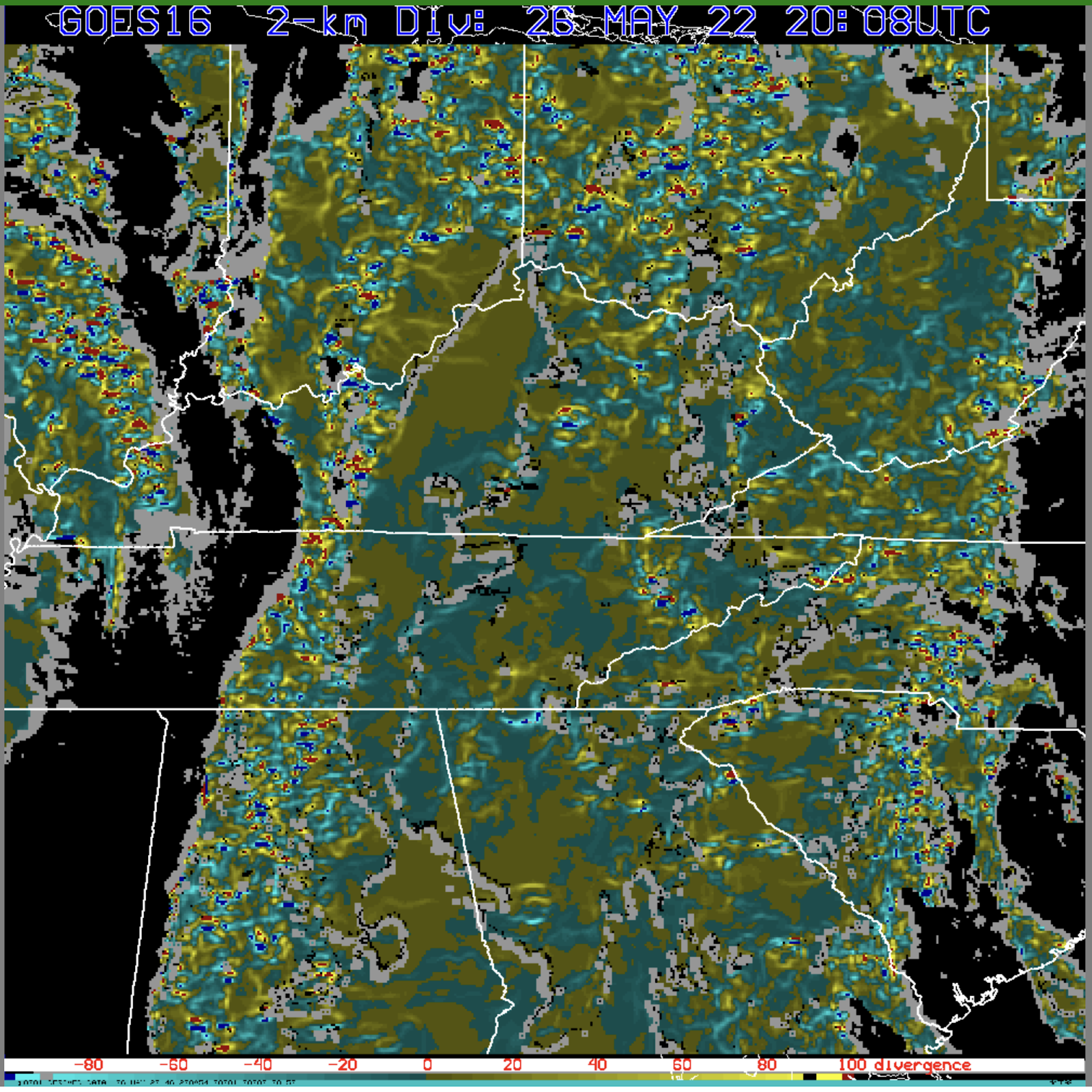 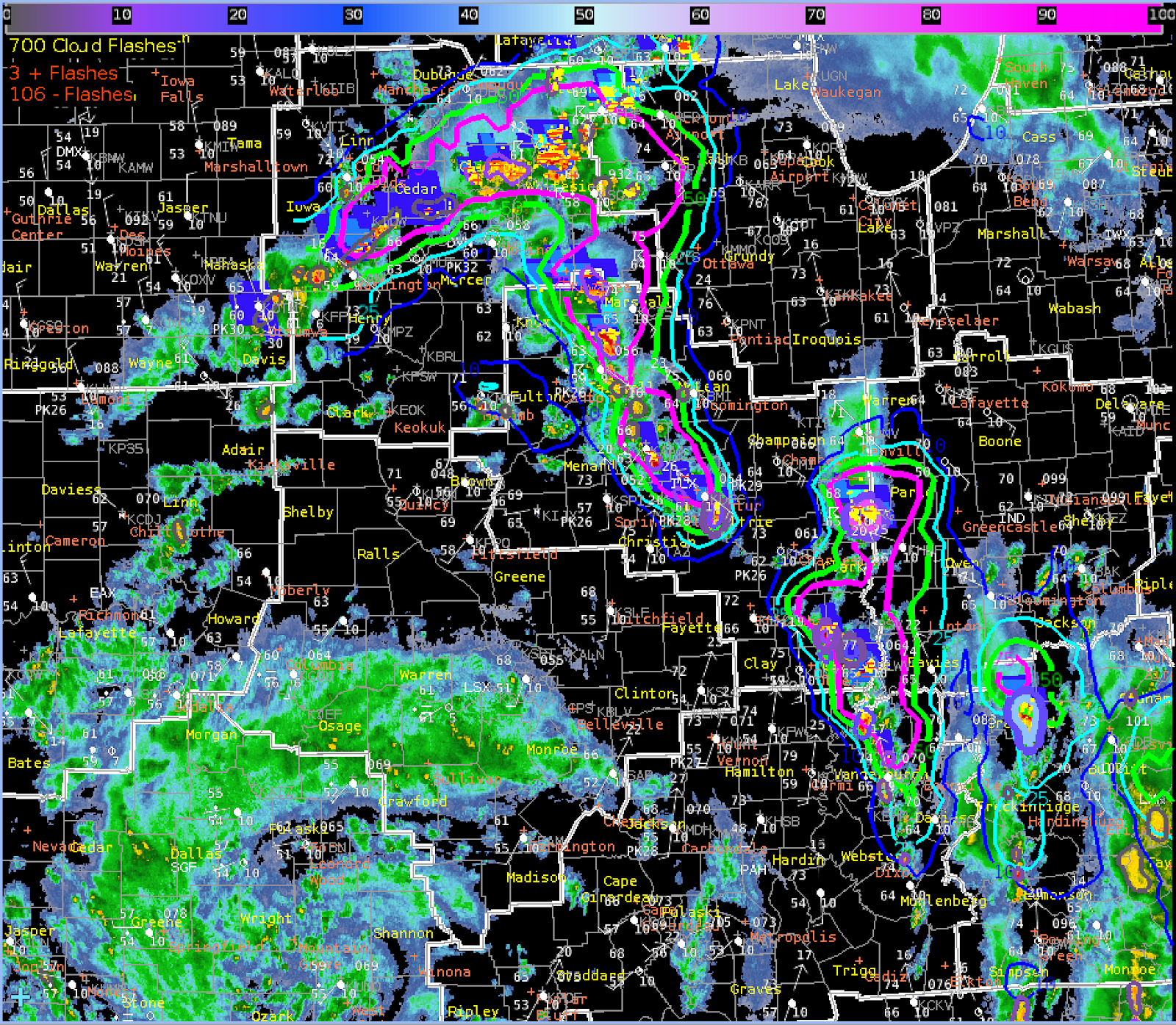 ProbSevere’s time series graph continues to show added value, allowing the forecaster to see the trend in a storm’s severity and probability of severe potential. This image was at 20:40Z. Around 21Z, I noticed a jump in GLM FED for the area of storms in the northwest part of the CWA. Alongside this, the GLM TOE also increased, along with a decrease in MFA with the same storm cell. This area corresponded with increased flash rates in the EarthNetworks. I modified the GLM FED scale to 20-25 as a maximum to see the activity better, as well as lowering TOE to 50 as a maximum. Around 22Z, the GLM TOE showed a good correlation with the 3 strongest storms based on dBZ and ProbSevere, one to the north, and two in the far southeast, bordering Indiana. For this display of TOE, I lowered the contours to a max of 50, which seemed to work well. Around 22:12Z, the LightningCast showed an uptick in probabilities of 75% north of a cell that was starting to show towering CU on the day cloud phase. This was before GLM and ground-based radar showed uptick in lightning activity. Are the edges of LightningCast contours related to the detection of GLM? See below image…The contours do not close off. 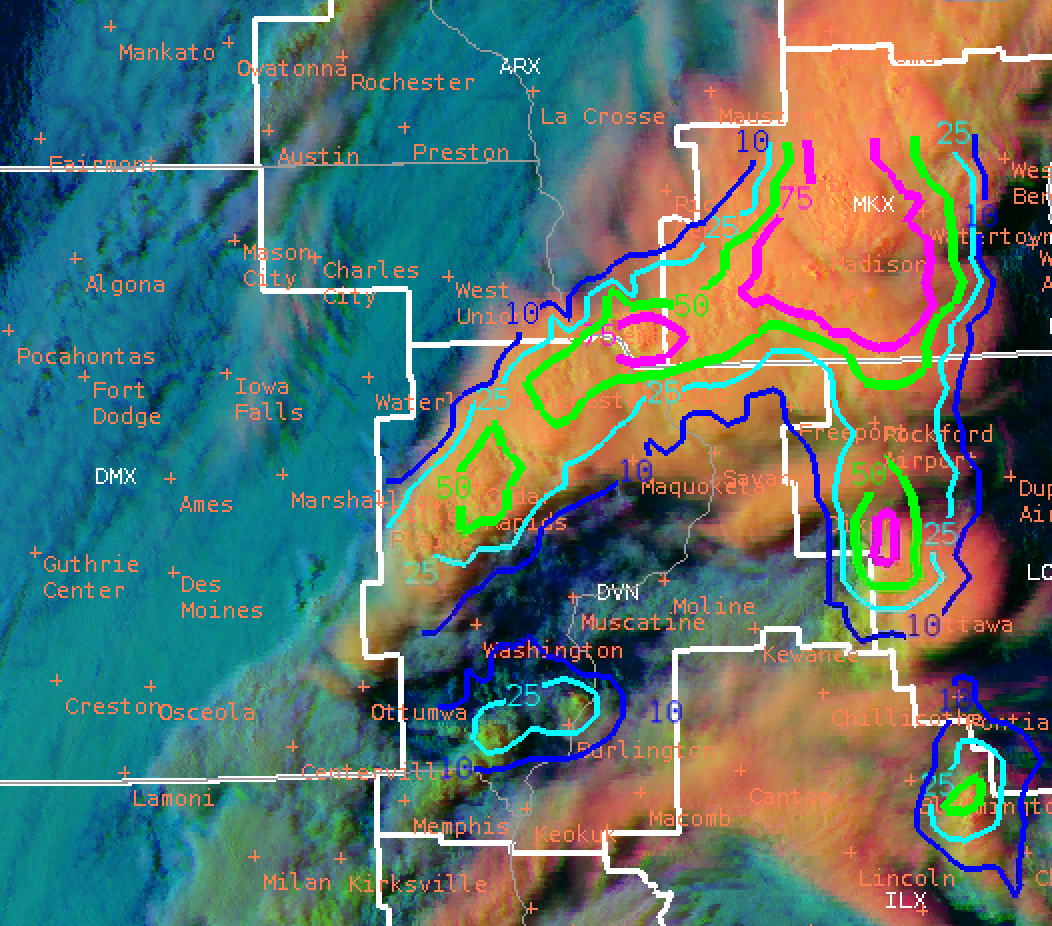