We noticed some large differences in SBCAPE values between the NUCAPS data and the PSH over the Raleigh CWA. NUCAPS had values of over 4000 J/Kg over a large area just to the south of Raleigh with PHS indicating values of less than 1000 J/Kg over the entire domain. Looking at surface observations, the surface dewpoints from NUCAPS may be slightly higher and did modify the boundary layer in the soundings below. This modification yielded values closer to 1500-2000 J/Kg. The modified soundings also introduced some capping to the sounding as well. Included the visible satellite imagery to show the lack of cumulus development in the area to the south of Raleigh. 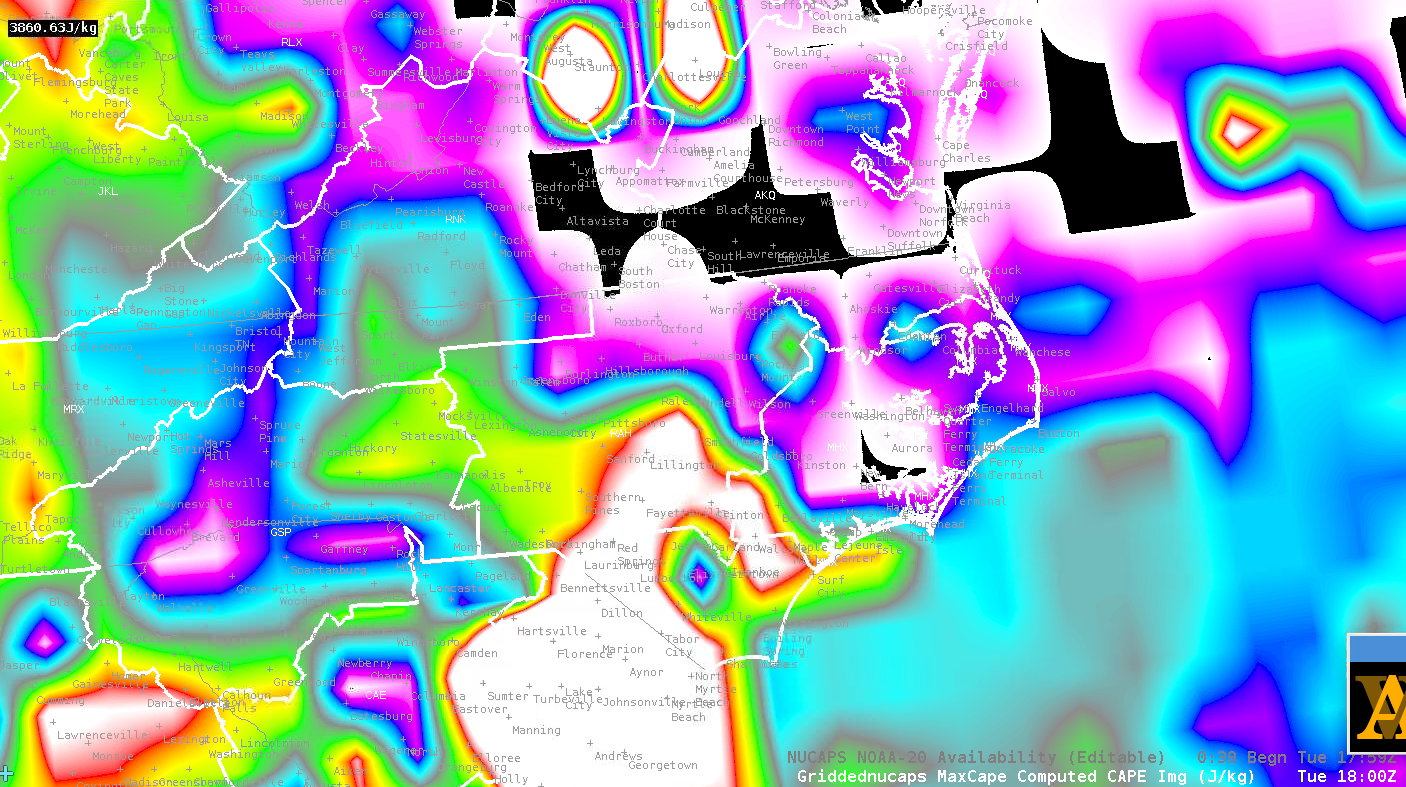 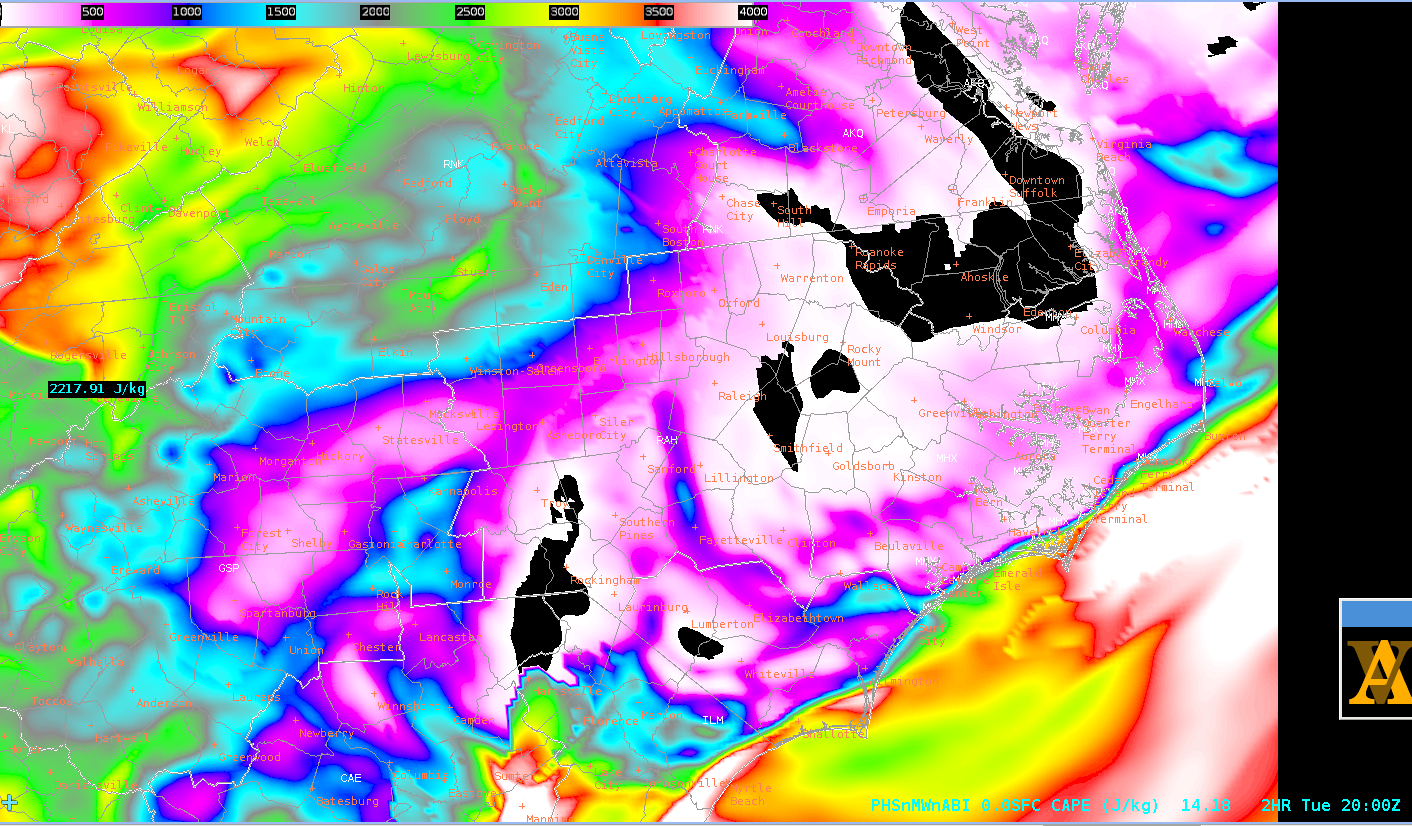 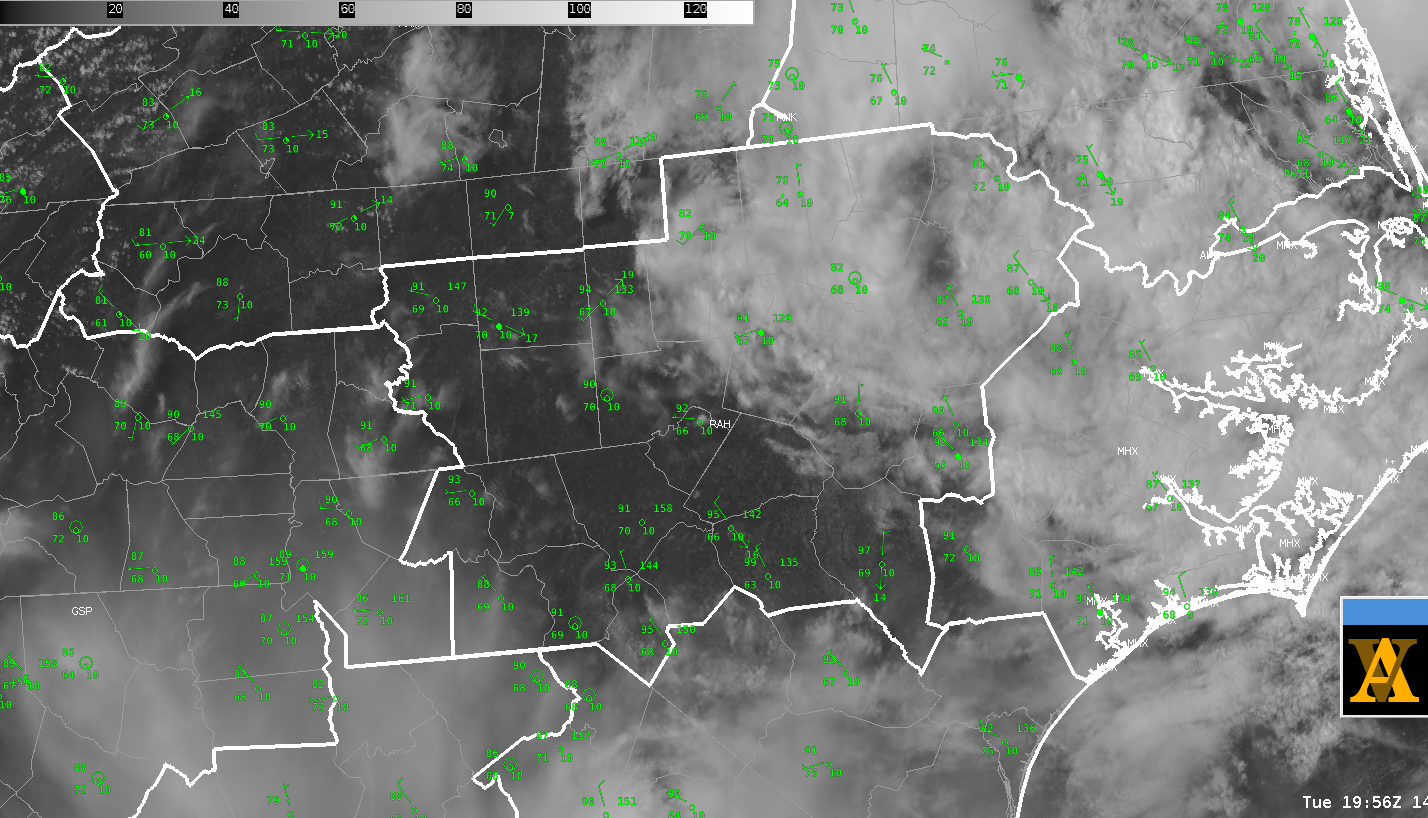 The point selected with the nearest ob used for images below: 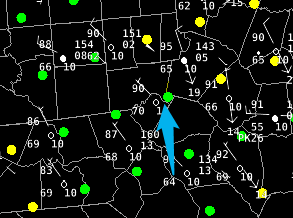