Today’s operations were in the Norman, Amarillo and Lubbock CWA’s. Compared to yesterday, it was a much quieter day, and convection took a little longer to get going. This allowed forecasters more opportunity to evaluate environmental analysis tools such as the GOES-R LAP algorithm and JPSS NUCAPS soundings. The GOES-R CI algorithm was also utilized by participants in the pre-convective environment. The Lubbock pair had the opportunity to evaluate the PGLM total lightning, especially late in the day when convective activity amped up in intensity and coverage. With the Frederick, OK radar down for most of the day, the Norman group had increased reliance on the Earth Networks lightning tools.

Tomorrow we will have our weekly debrief, and participants will complete their end of the week surveys and present the Tales from the Testbed webinar. 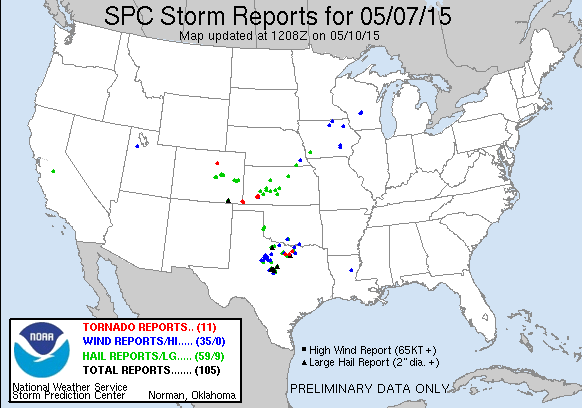