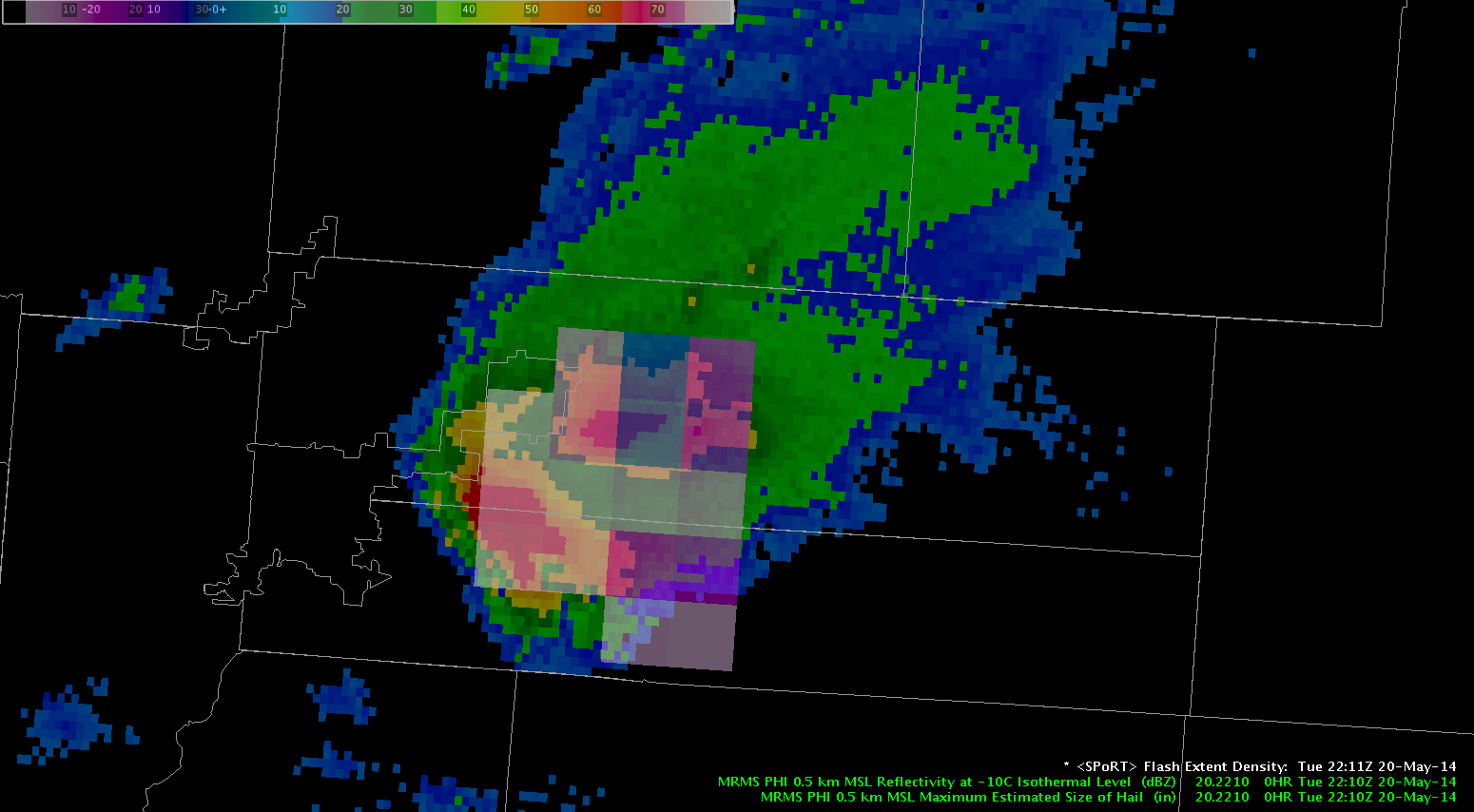 Overlaid here is Flash Extent Density (FED; shaded pink and blue boxes) and Reflectivity at -10C at 22:11 UTC.  The lightning information is highlighting where active charge separation is ongoing within the storm, and lightning is occurring. Notice how the FED extends outside of the reflectivity cores within the two storms, highlighting how lightning propagation can and does occur outside where it is actively raining, posing a threat to those caught outside. 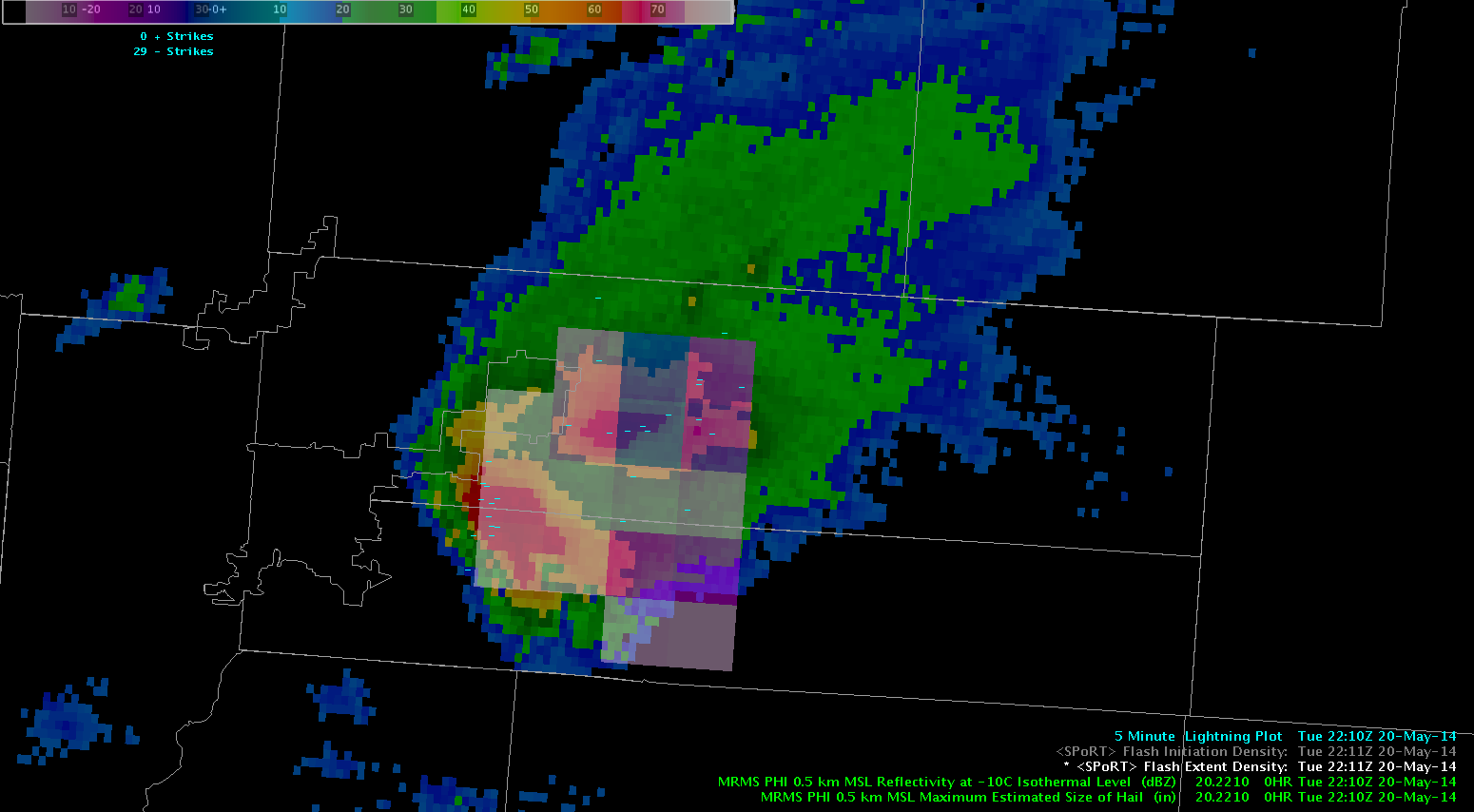 NLDN information has been added to the image above from the same time at 22:11 UTC.  The NLDN is represented my the minus signs within the image.  Note the difference in spatial information of lightning that the PGLM provides over traditionally used NLDN cloud to ground points.

Four minutes later at 22:15 UTC, the NLDN reported a lightning strike that occurs outside of the precipitation of the storm (white circle, below). 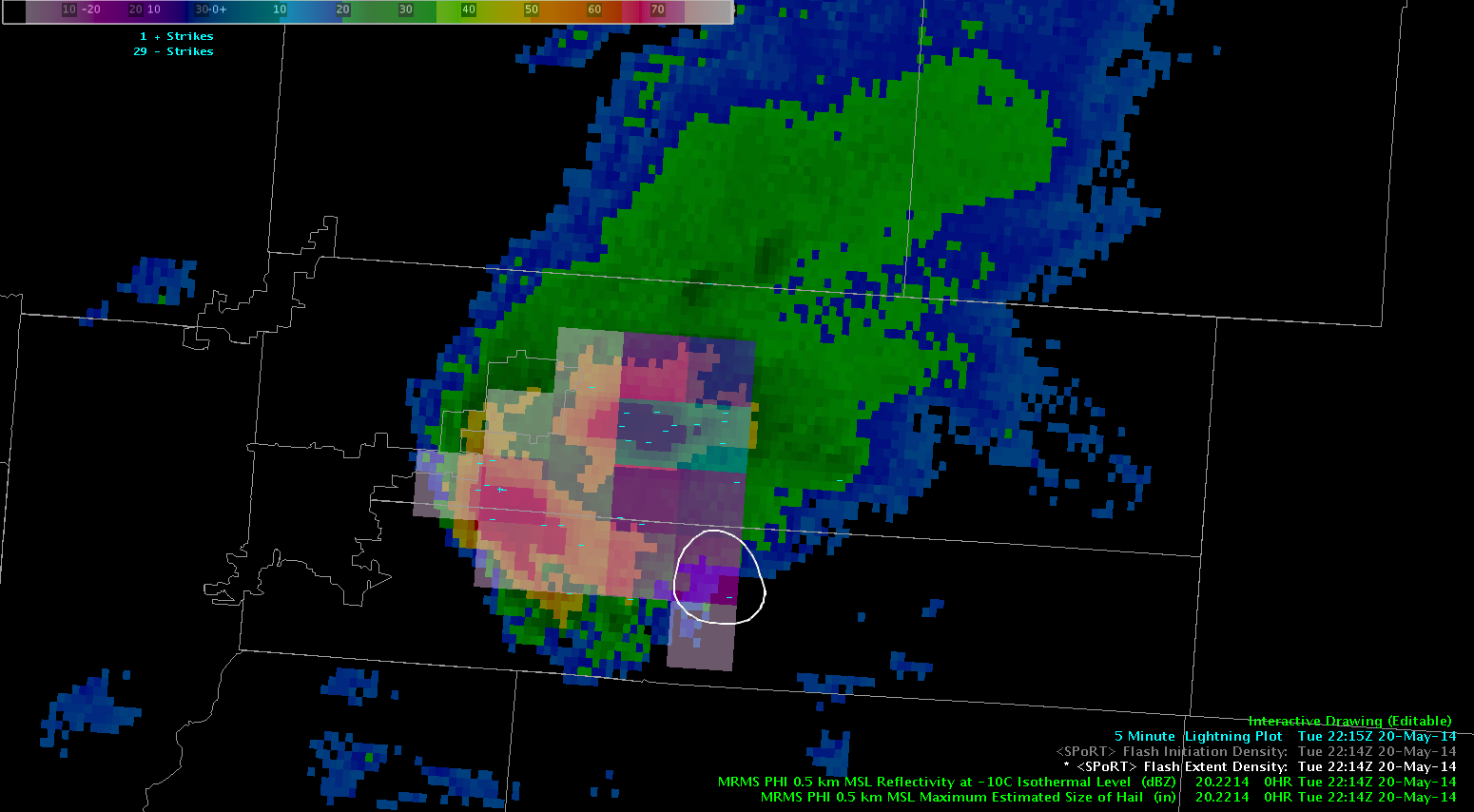