However…this convective inhibition is expected to weaken…as upper wave rotates through the northern plains this afternoon and evening. 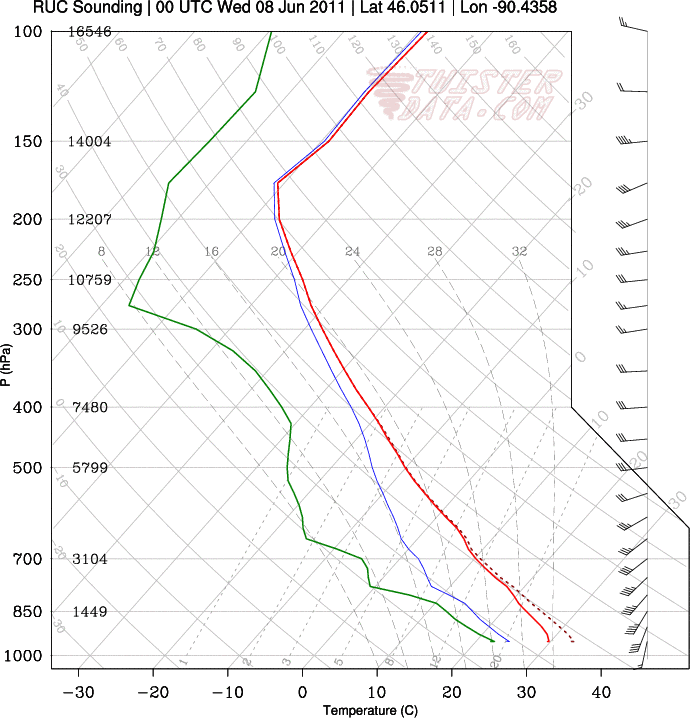 At this time…supercells appeared to be preferred between 21z-03z..across areas 1 and 2…across areas of best distribution of surface based instability and deep layer shear.

Limited possibility exists for thunderstorms in the D.C. LMA… as an ongoing mcs complex over eastern Ohio and northern West Virginia may continue to track southeast towards the DC LMA target area and/or provide a low level focus for new development. Models indicate better instabilities will be located over the western part of the LMA. Marginal deep level shear will limit the likelihood for supercell development.

Ended operations for today  for us and V2 crew with storms weakening and moving out of WY. (Note: During debrief below, storm reintensified and produced the biggest hail of the evening – such was the night). Also exhausted the PAR archive list as well as a couple more CASA events.

Some general thoughts for discussion tomorrow on today’s events:

Will touch on these and more points tomorrow.

Storm passing thru cone of silence. MS/MR products accounting for this with MESH holding.

Pete would send out SVS to update size to golfball. TBSS apparant.

Both groups have gone SVR for Quarter size hail on storm near Cheyenne. Coincidentally, both teams came up with storm motion of SE at 21mph. Pete/Geoff team looking at rotation attm.

Musical CWAs. Veronica and Bill have now killed storm in BOU CWA. They are starting up as CYS. Both groups now CYS. Storms in CYS CWA were on the way out but now new storms just going up NW of Cheyenne are looking good. Vortex2 is now heading for that same area.

Bill and Veronica switch from Pueblo to Boulder. They felt storm overn southern part of county was weakening and was also moving out of the domain. V2 reporting storm north of Burns WY has small wall cloud and brief landspout.