Upon sitting down at the desk today initialized as the Wichita WFO (ICT) there was a tornadic storm already in progress in the northern portion of the CWA, which had a ProbSevere of 82%.   Since we are just getting set up and getting familiar with the environment we are going to assume that storm has been covered and monitor new convection as it develops. 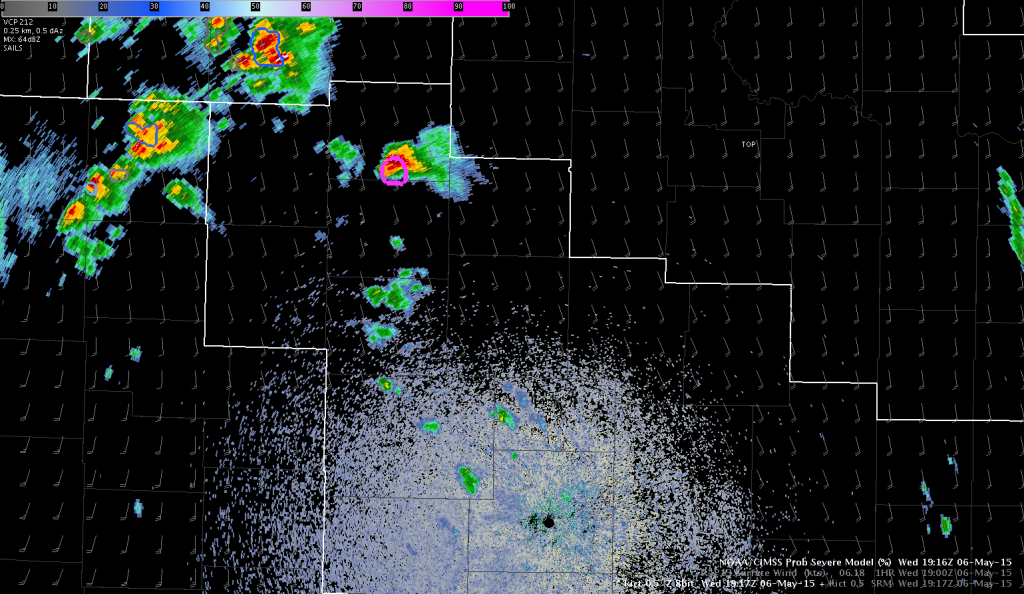 The water vapor imagery is showing a deep upper low over northeast CO with shortwave energy rotating across the central plains which is helping to initiate convection early this afternoon. 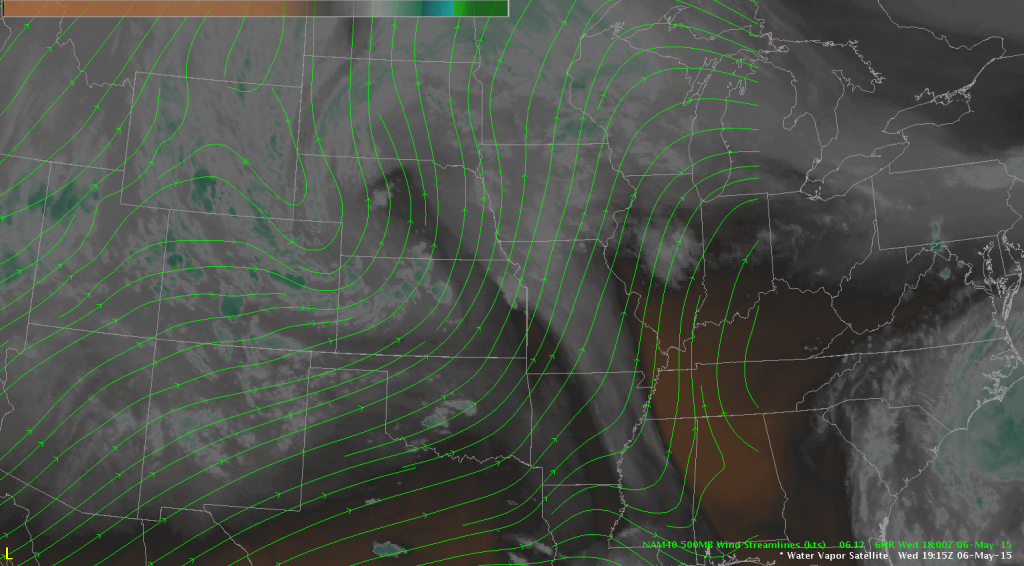 A special 18 UTC sounding from OUN shown below revealed strong instability with MUCAPE of around 2200 J/kg and favorable shear for tornadoes with 0-1km SRH values just under 200 m2/s2 and good directional shear in the lowest 2 km.

An initial look at the Convective Initiation product revealed some probabilities above 70% near Wichita at 1900 UTC and further to the west over the eastern portion of DDC CWA. 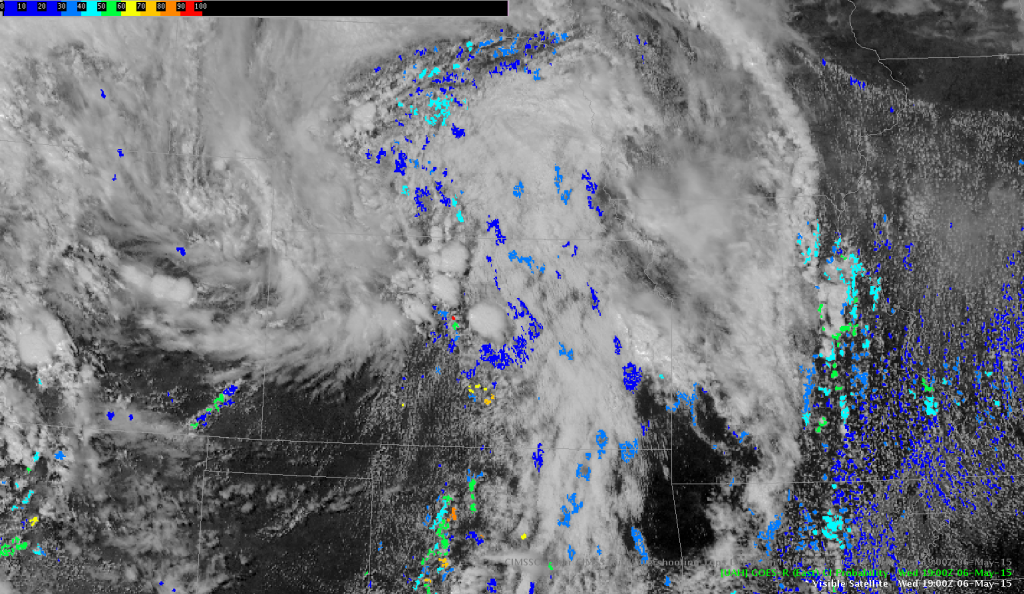 The GOES-R LAP CAPE product reveals instability is not quite as high over our area (but the trend has been increasing with more clearing of the clouds) compared to further south over OK but combined with the shear will be enough to support severe convection through the afternoon. 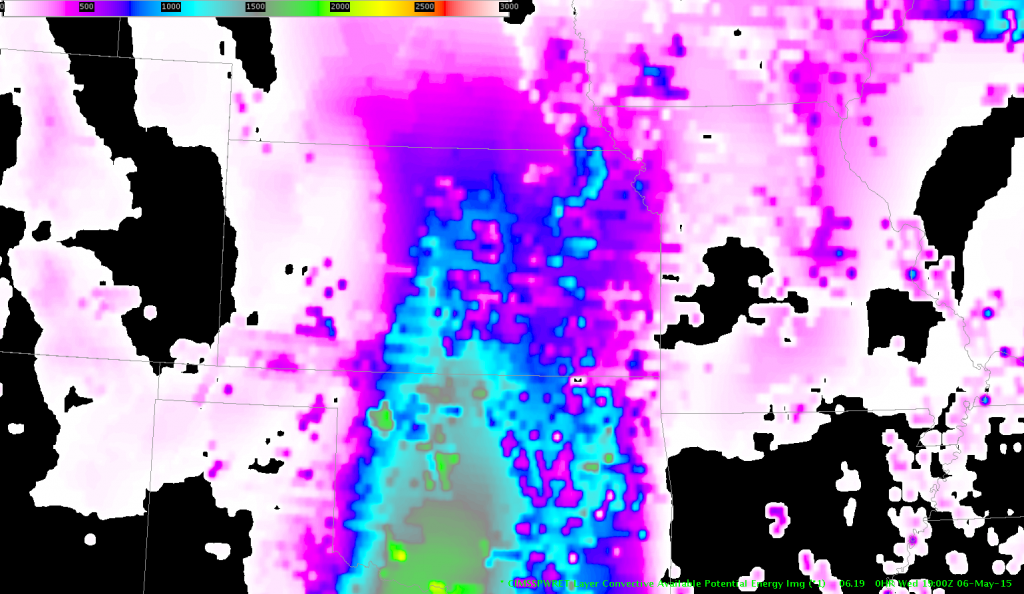