A tornado outbreak is likely across southcentral KS, Oklahoma, and north Texas.

At 17Z…Surface low was near Guymond with a stationary front extending east-northeastward across Kansas.  This boundary was reinforced by overnight convection which is still ongoing across northeast KS. However, the low-stratus was beginning to erode and allow daytime heating. Meanwhile, a dryline extended south from near Alva to Weatherford to Altus to Sweetwater.  Morning stratus ahead of the dryline was eroding as well with mostly clear right along the dryline. Developing cumulus already noted along the dryline across sw OK and western north TX which indicates SBCIN has already been removed. 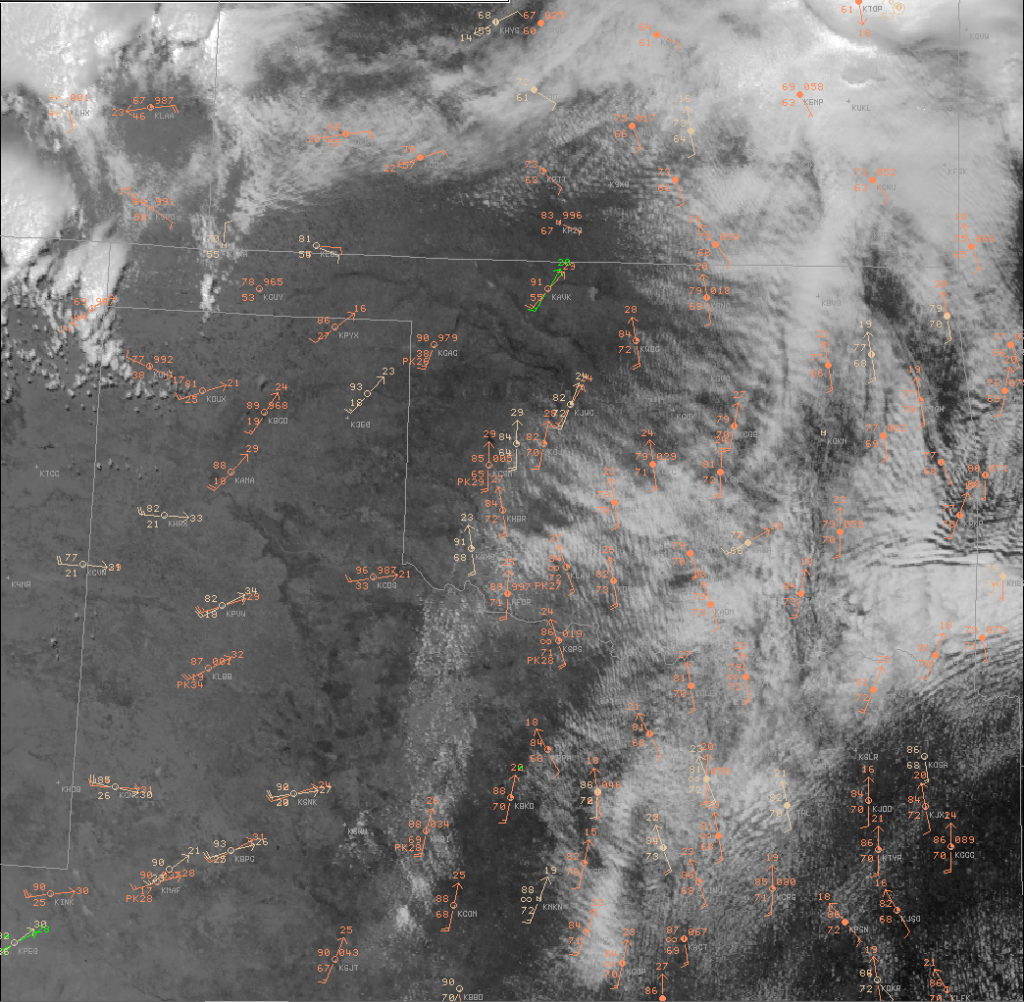 Negative-tilt, diffluent, shortwave trough is poised to eject over tropical maritime airmass along and east of the dryline during the mid-afternoon to early evening hours, helping to erode any remaining CIN and rapidly increasing shear profiles. “Scickle-shaped” hodographs are forecast in the warm-sector by both NAM and RUC at 21Z, becoming even more pronounced by 00z and 03Z.  One minor point of concern is a bit of a loop in the mid-level (~3km) hodo and numerous storms forecast by OUN WRF and HRRR.

Recent OUN WRF runs develops CI between 18-19Z and from that point on it develops numerous storms along the dryline with updraft helicity (meso proxy) from sc KS to central OK to central TX.  Gabe says this model runs hot and early, so we shall see! NAM, RUC delay storms until 21Z. HRRR between 20-21Z.  Supercells should also fire along the W-E orentiented front over KS, but we are concenred they will become elevated hailers as they move northeast. 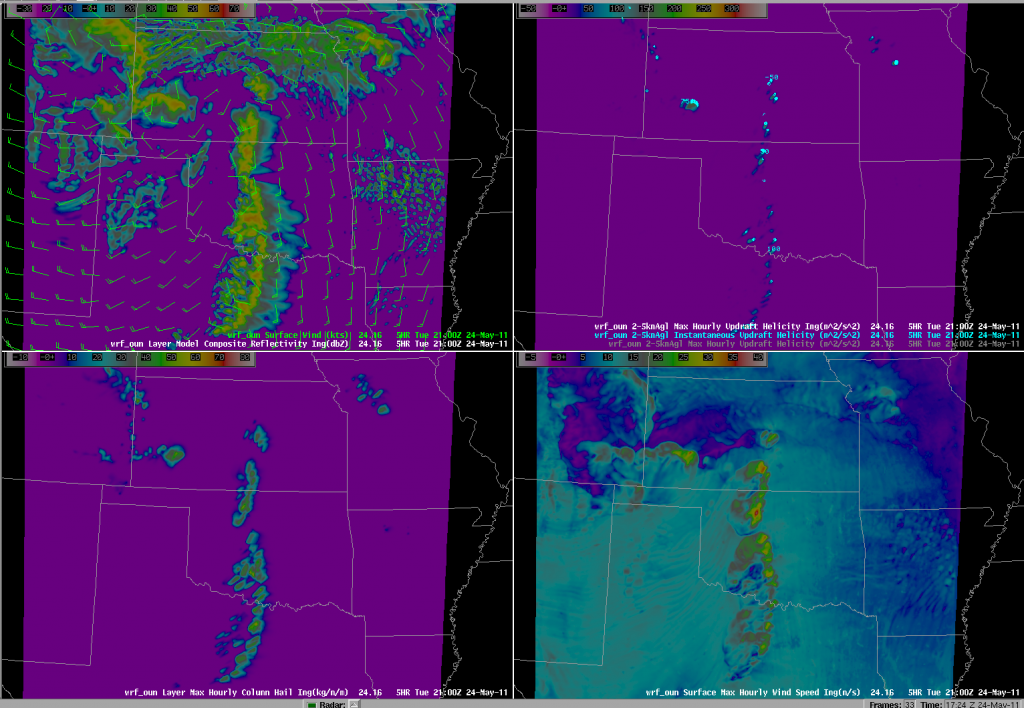