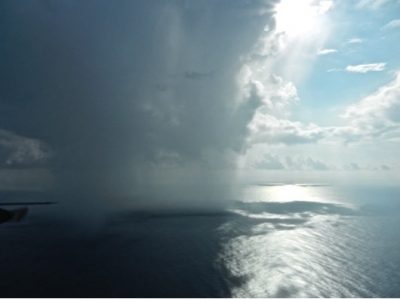 Significance:
These airborne measurements from the NOAA P-3 aircraft provide valuable new insights into the distinct characteristics of convection, cold pools, water vapor, and air–sea fluxes from the suppressed to active phases of Maddan/Jullian Oscillation (MJO) in the Indian Ocean.

• Dry air intrusions from the subtropics may suppress convection in the equatorial Indian Ocean, which is favorable for the onset of the convection during MJO initiation.

• Distinct characteristics were found in the convective structure and microphysical properties of Mesoscale weather systems during the suppressed, transition/ onset, and active phases of the MJO.

• Convective cold pools are deeper and stronger in convective systems surrounded by the low–midlevel dry air in the suppressed phase, which prolong the atmosphere boundary layer recovery time.