May 24, 2013, is the 40th anniversary of the Union City, Okla., tornadic storm.   Researchers from the NOAA National Severe Storms Laboratory collected data on the Union City storm using experimental Doppler radar. When they were able to process the data, they discovered a unique pattern now known as the Tornadic Vortex Signature (TVS).

What follows is a narrative by NSSL’s research meteorologist Rodger Brown describing the activities that took place on the day of the Union City tornado.

“On May 24, 1973, the darkened National Severe Storms Laboratory (NSSL) radar room was a typical beehive of activity. Meteorologists, aircraft controllers and coordinators, radar technicians and visiting scientists were monitoring several radar scopes, including one from an experimental Doppler radar. Excitement rose in the room when a phone call was received from members of the Tornado Intercept Project (TIP) team reporting that a large tornado was touching down to their northwest.

“They were positioned 5 km south of the small farming community of Union City, 47 km west-northwest of NSSL.

“As word quickly spread throughout NSSL, a number of staff crowded onto the observation platform atop the building. The tornado was visible in the distance next to a dark rain shaft. With time, the tornado became obscured by the rain.

“An hour earlier, the Doppler radar meteorologist, engineer and technician in the nearby Doppler radar building began sampling the storm at 2:46pm.

“When the radar data were processed months later, the data revealed the presence of a vortex about 5km in diameter at heights of 5 to 8km above the ground.  By 3:15, there was clear Doppler velocity evidence that a smaller tornado scale vortex was present at mid-levels near the storm’s southwest edge. Researchers compared the data with time-stamped photos and movies.  They found at the same time, the NSSL TIP team observed funnel-like protrusions extending beneath the more rapidly rotating lowered cloud base.

“With time, what is now known as the Doppler Tornadic Vortex Signature (TVS) descended to the ground and at the same time, a funnel appeared below the cloud base. From 3:38 to 3:48, while the funnel descended and retracted several times as it moved eastward, a dust cloud continuously was evident on the ground. The TIP team, racing eastward during this development stage, arrived at their final photography site—9km southeast of the tornado—just before the visual funnel made continuous contact with the ground.”

The tornado caused fatalities and extensive damage as it passed through the heart of Union City. The newly commissioned Doppler radar at NSSL observed this tornado, and the Tornado Intercept Project researchers photographed the tornado’s life cycle. The radar, coupled with the photographic evidence of the tornado’s development, revealed previously unknown information about motion inside thunderstorms with a persistent rotating updraft, a type known as supercells.

This event played a major role in the decision to develop and deploy a nationwide network of WSR-88D/NEXRAD radars. The NSSL TIP also proved its scientific worth and paved the way for all the tornado intercept research that goes on today.

The discovery of the TVS and other Doppler velocity signatures led to dramatic improvements in accuracy and lead-time in forecasting severe storms nationwide, and as a result, the ability to save lives and prevent serious storm-related injuries. 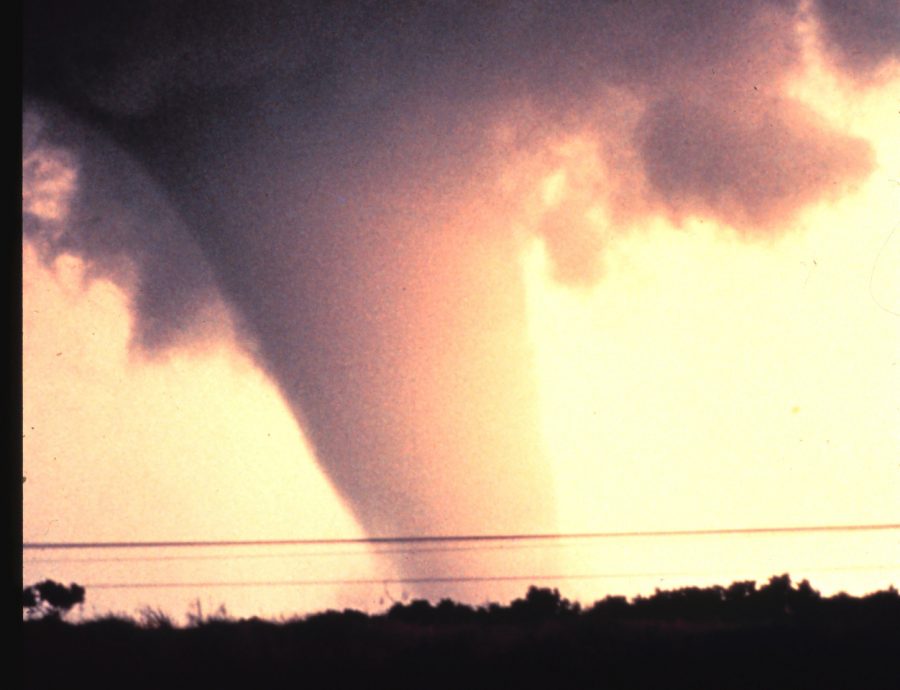