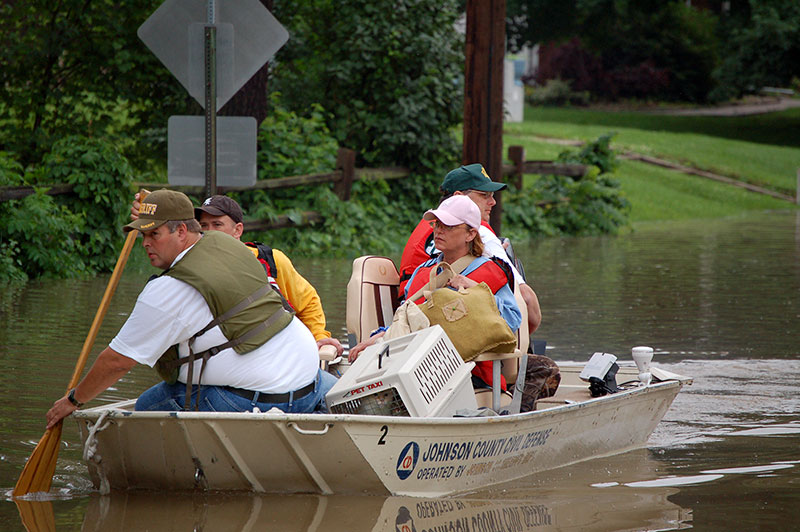 Researchers with the Coastal and Inland Flooding Observation and Warning (CI-FLOW; http://ciflow.nssl.noaa.gov/) project are preparing for Tropical Storm Hermine to test their total water level system in North Carolina this weekend. The CI-FLOW system captures the complex interaction between rainfall, river flows, waves, tides and storm surge, and how they impact water levels in the Tar-Pamlico and Neuse Rivers and the Pamlico Sound in North Carolina.

CI-FLOW collects data from a computing system that combines radar and rain gauge information to create estimates of rainfall. This information is passed on to water quantity models that simulate freshwater flows from the headwaters of the basins into the rivers; taking into account soil type, slope of the land and vegetation patterns. Finally, water flow data is passed from river models to a coastal circulation and storm surge model that provides simulations of waves, tides and storm surge.

National Weather Service forecasters will have access to CI-FLOW during Tropical Storm Hermine to help them evaluate the system for application in the flood and flash flood warning process.

The CI-FLOW project is motivated by NOAA’s critical forecast need for detailed water level predictions in coastal areas and has a vision to transition CI-FLOW research findings and technologies to other U.S. coastal watersheds.