Significance:
These are the first direct comparisons of the real-time MRMS radar-only QPE (Q3RAD) with the mosaicked Dual Pol and NCEP Stage II QPEs against the benchmark NCEP Stage IV QPE, which sees manual quality control and is available 6-12 hour after the analysis time. The research also highlighted the chief error contributions seen in the QPE evaluation. This included the impacts of how Z-R relationships are applied and bright band contamination. And while the Stage IV QPE had the best performance, Q3RAD values were nearly comparable in some events, which is distinct achievement for the fully-automated, real-time MRMS system. 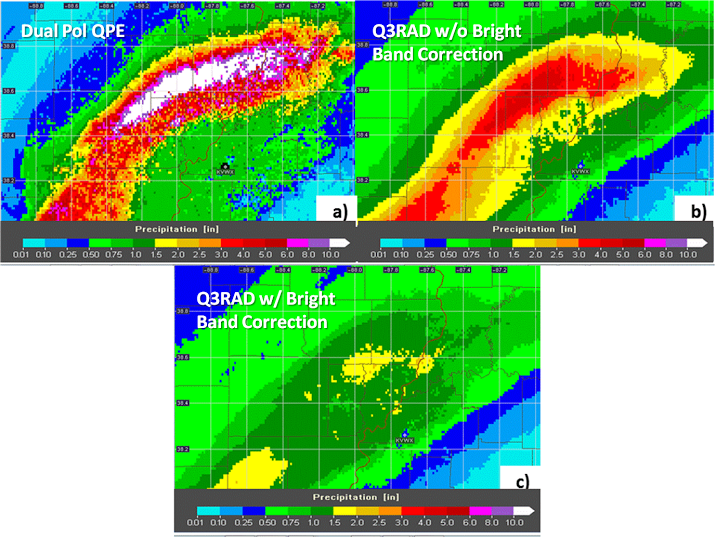