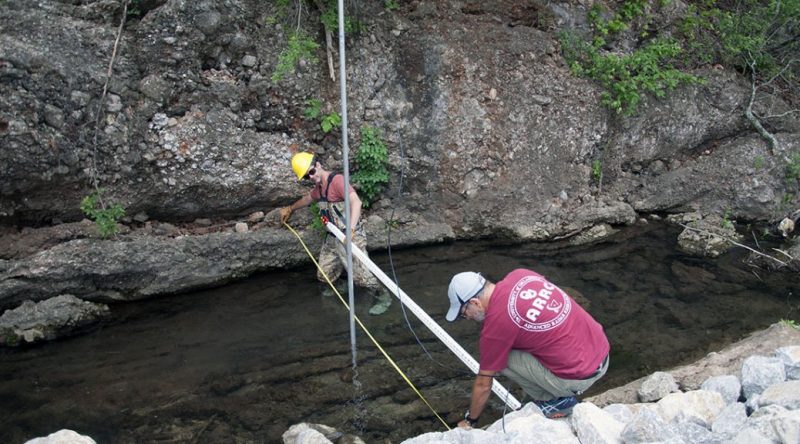 Falls Creek Baptist Conference Center, the oldest church camp in Oklahoma, hosts more than 50,000 kids and teens who come for summer camp each year. Falls Creek originates from the Washita River in Murray County and flows directly into the campgrounds named for it.

But flash floods now menace the camp and the facility all but closed after a 2015 flood left a few hundred campers stranded for more than 36 hours. So far, scientists do not know what caused the flooding.

With warming global temperatures, though, flash floods are becoming an increasing threat across many area of the US. So on a balmy April morning this spring, three researchers from the National Severe Storms Laboratory (NSSL) in Norman, Okla., drive more than 60 miles to the camp in a black pickup truck crammed with instruments in big boxes.