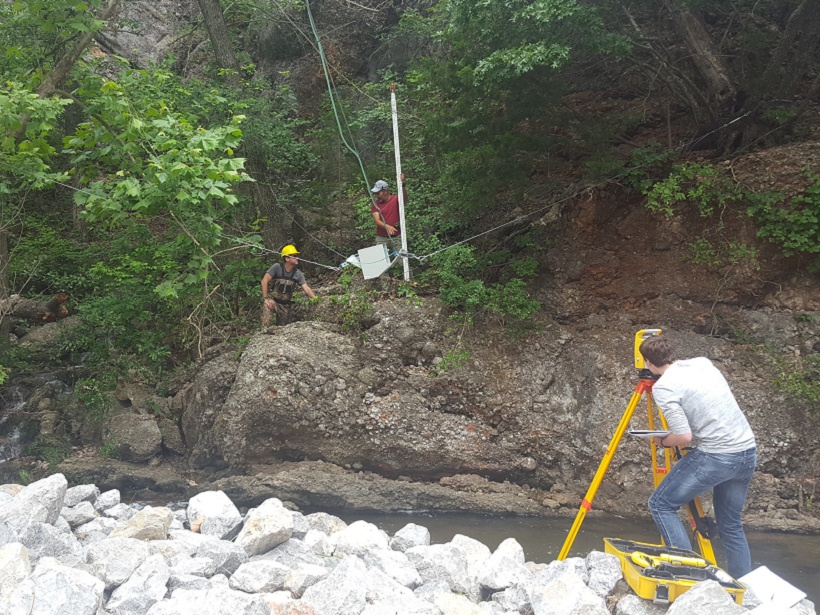 Tens of thousands of young people attend summer camp every year at Falls Creek in the Arbuckle Mountains near Davis, Oklahoma, with as many as 7500 people in camp at any one time. Back in 2015, Tropical Storm Bill caused a devastating flash flood that tore through the camp and isolated hundreds of campers for more than a day. It occurred at night and it was fortunate that no lives were lost.

It is because of incidents like this that I am involved in a project called Automated Non-Contact Hydrologic Observations in Rivers (ANCHOR), a component of which is to install 14 stream radar systems across the United States to detect and monitor flash floods. We installed the first system at Falls Creek Camp in March 2017.

On the evening of 19 May, less than two months after the initial installation, the data logger, which is programmed to send automated alerts when river speed and volume exceeds particular levels, sent a text message indicating that conditions were rapidly deteriorating.

In fact, the river rose from 2 to 12 feet in about an hour. I spent the remainder of the evening communicating with the camp leader and was relieved to receive the final text message: “Thank you. All are well.”

In Pursuit of Flash Flood Data