While tracking tornadoes in the beginning of this outbreak, a squall line of heavy convection has been present farther to the west. While notable in reflectivity, the AzShear & Merged AzShear products have been very useful for a quick-glance situational awareness of areas of higher concern for tornadoes. In areas that are equally far from multiple radars, forecasters would have to compare multiple velocity products to adequately interrogate areas along the squall line for rotation, including adjusting for SRM. The AzShear products readily and quickly highlight those areas that should be investigated further.

A secondary tornado near the KMXX radar has developed near the track of the larger tornado earlier. While this one doesn’t look as large, it was more apparent in the AzShear product, and after looking at the SRM of that area, my confidence in the presence of a secondary tornado was increased. 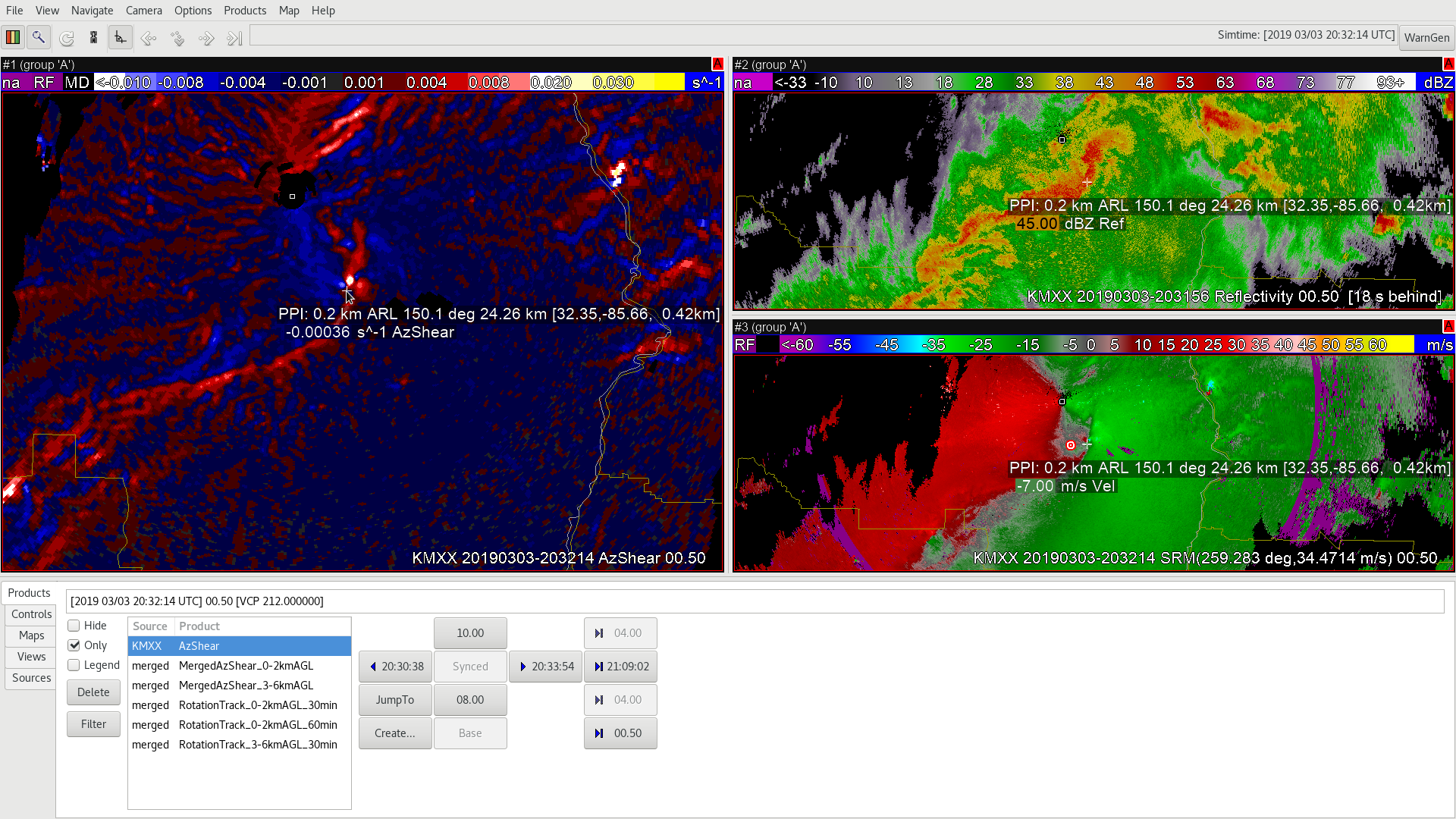