While waiting for any convection to develop in PA, I ventured into western Oklahoma to do a comparison of unmodified and modified NUCAPS soundings in an area under an enhacned risk of severe weather. The soundings examined were near the Texas border (point E below). 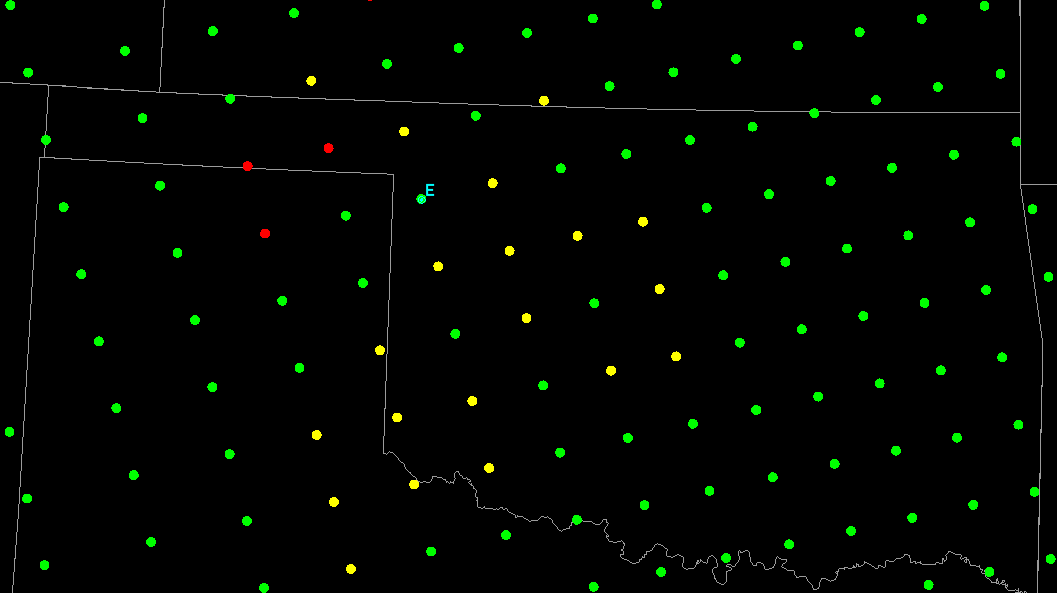 We’ll first look at the visible satellite and observations at 19Z. 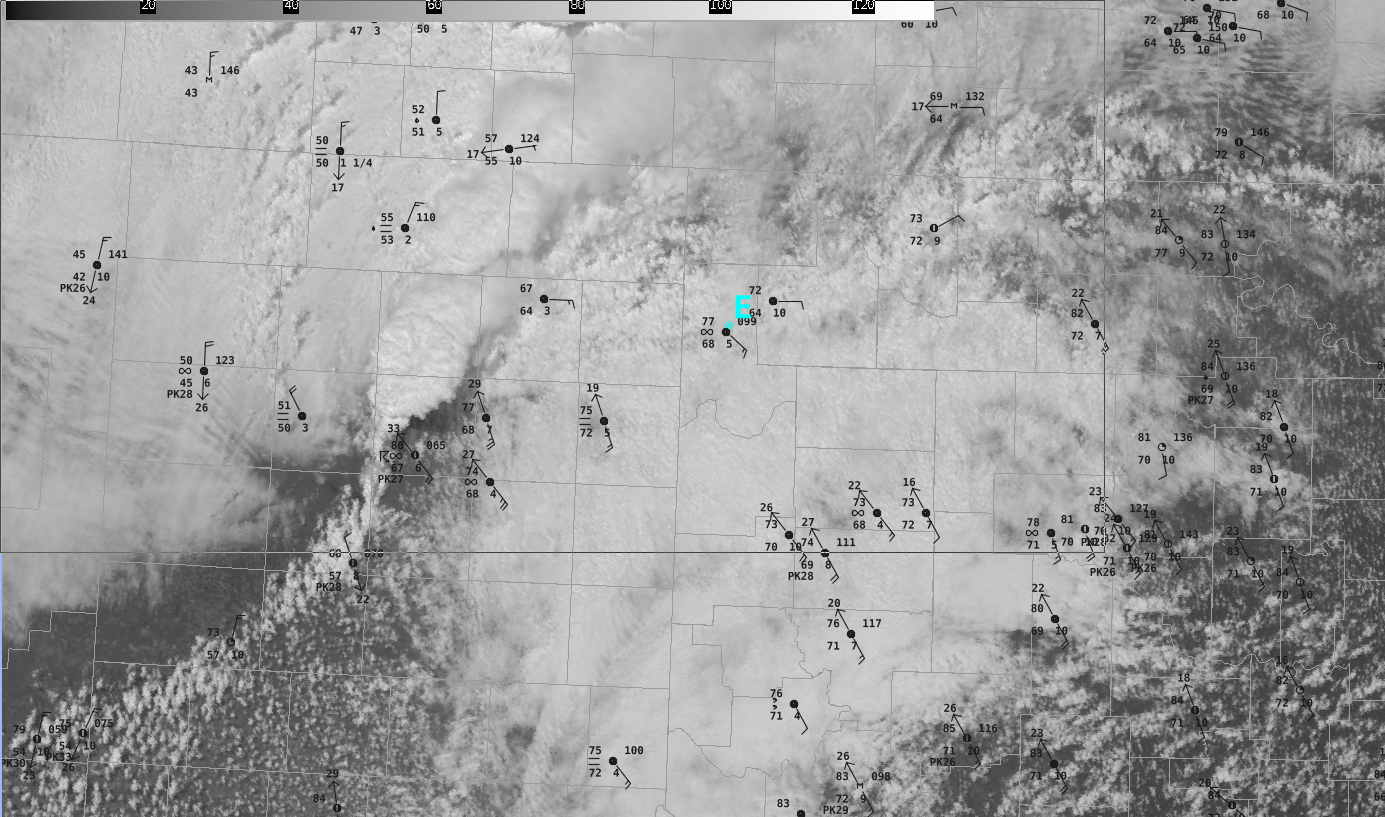 Notice that point E is near a WSW/ENE oriented boundary. Obs near the point show temperatures in the mid 70s, with dew points in the mid 60s. So let’s take a look at the unmodified NUCAPS sounding first. 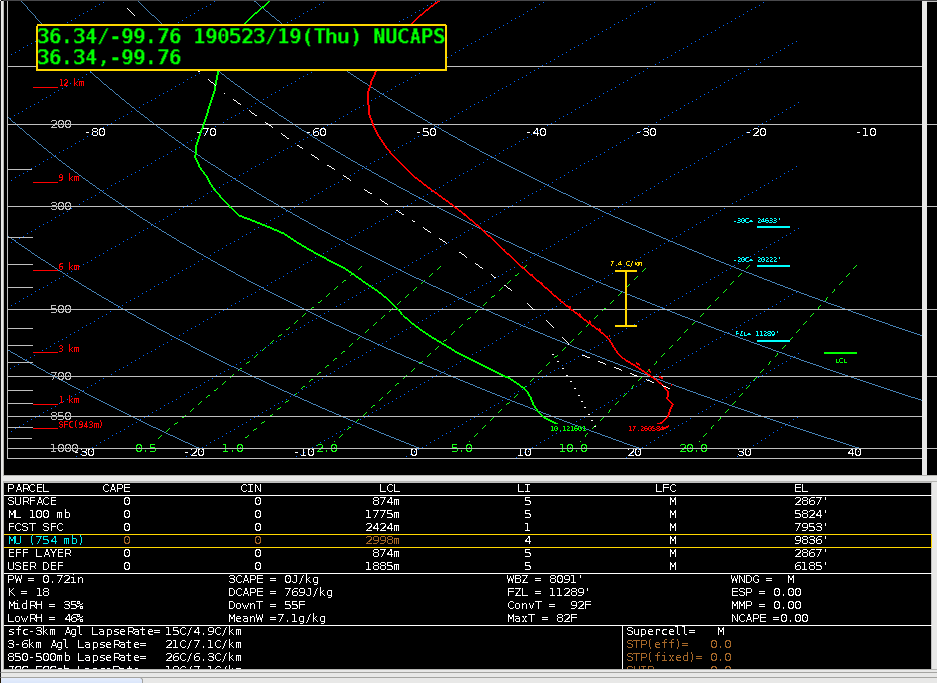 It uses a surface temperature of 63F, and a surface dew point of 50F, both more than 10 degrees below the nearby observations. These inaccurately low values give, as one would expect, no sign of instability (CAPE=0). Looking at the modified NUCAPS gives a different picture, however. 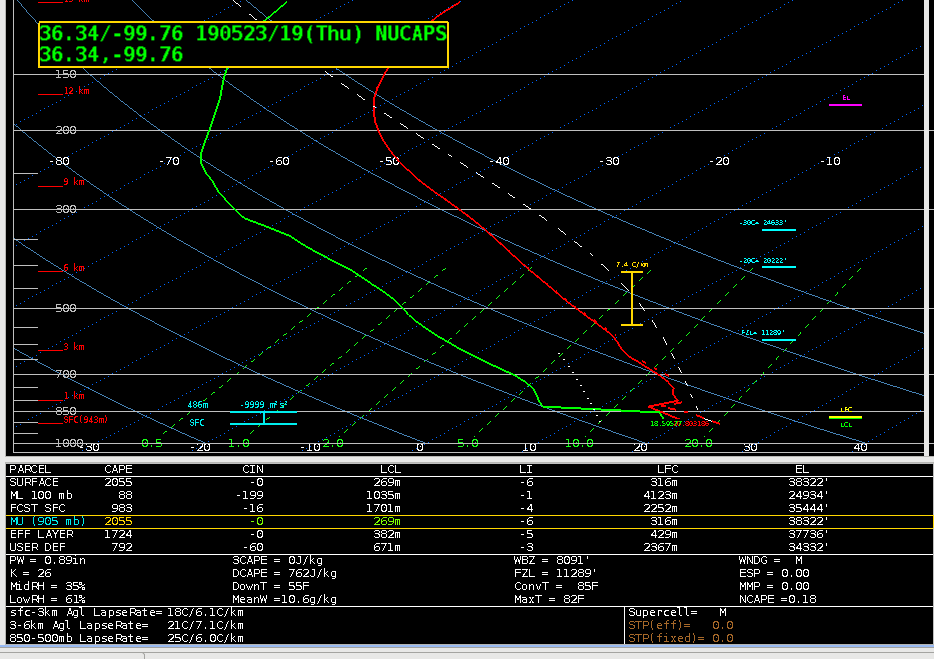 In the modified sounding, the surface temp is 69, and the dew point is 65, which is much closer to the observed surface obs. This changes your surface-based CAPE to 2055 J/kg, vs. 0 from the unmodified. It also has a sharper low level inversion, which one wood expect based on the stratus deck in place.

To “verify”, let’s look at the SPC mesoanalysis. 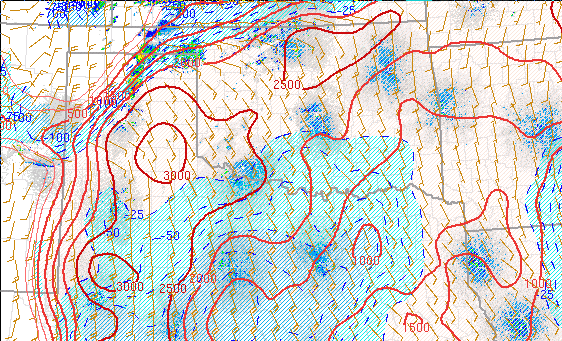 Sure enough, the mesoanalysis shows CAPE at around 2000 J/kg.   Clearly, this is another case where the modified NUCAPS sounding is a noticeable improvement over the unmodified sounding.