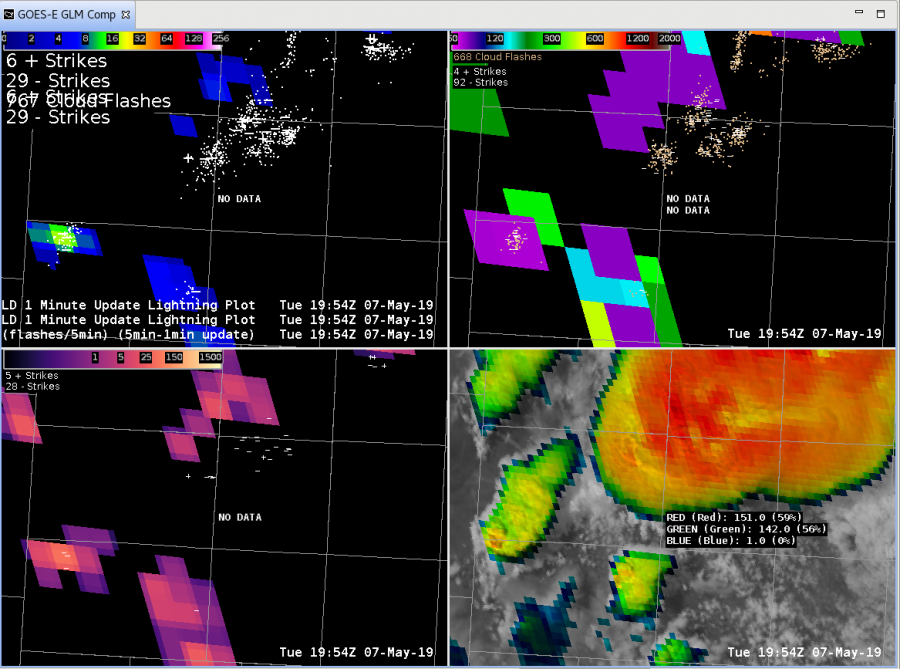 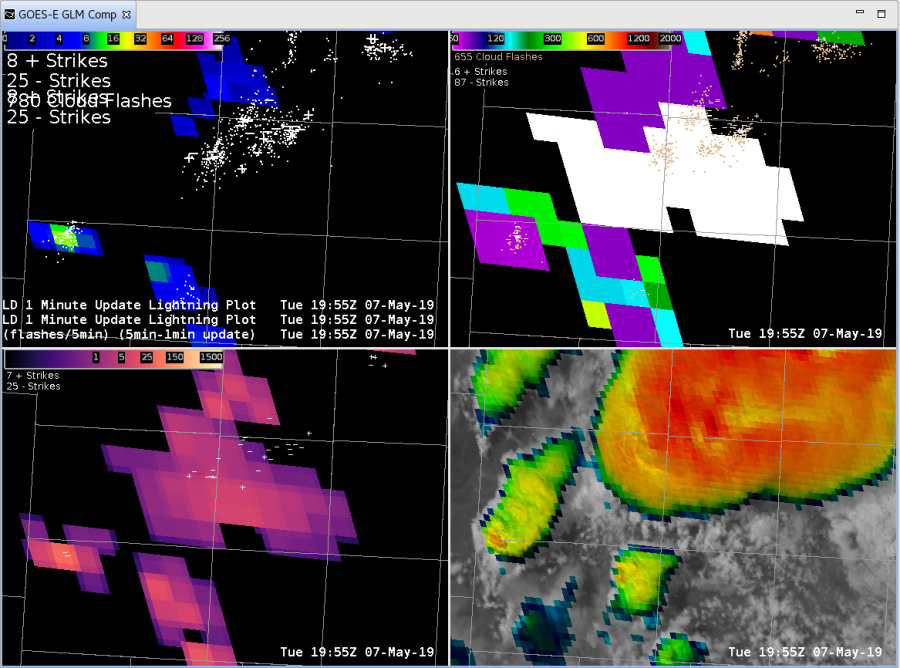 So, that big white area showed up which is a 2918 km2 area flash.  WOW.  THAT. IS. HUGE.  But the question now becomes is that correct or not?  Taking into account parallax and the data from the ground-based networks shows that there was electrical activity in the general area.  However, it isn’t in the area that would line up with the parallax; the ground-based network data should be closer to the southeastern area of the flash.  Also of interest is that there is no Flash Extent Density associated with the large flash but there is an associated area of Total Optical Energy.

One thing we are tossing around here is the possibility of a cloud reflection; here is the 1-minute visible mesoscale scan with the big flashes overlayed: 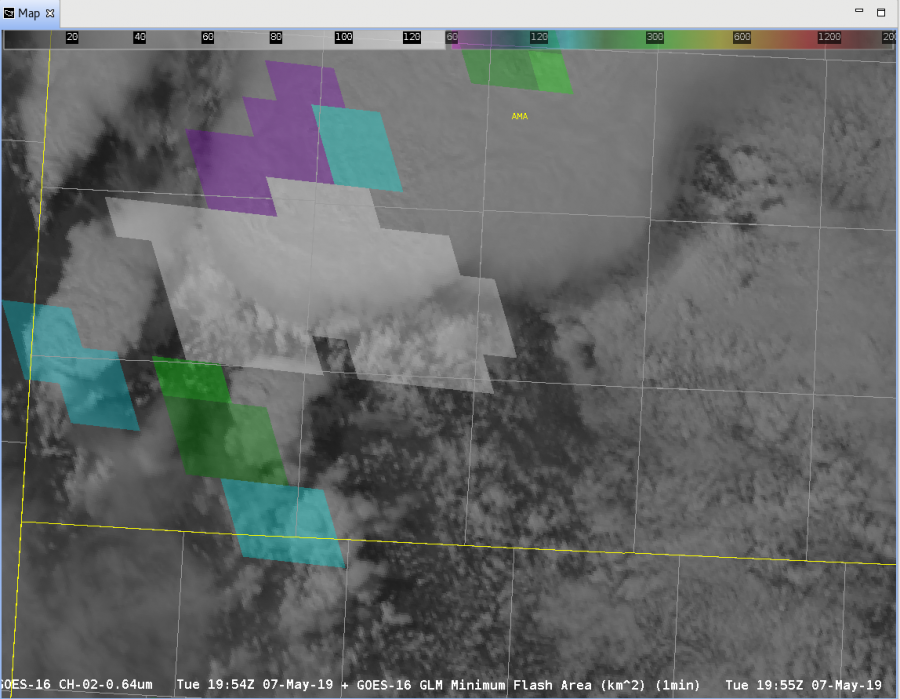 If there was indeed a flash at this time, the optical energy could have reflected from the originating area off the anvil, and then reflected back off the low clouds around the updraft to the GLM instrument.  However, the fact that there isn’t any data associated with this flash in Flash Extent Density is concerning.  Needless to say, the lightning scientists here are all going “Hmmmmmmm….”