Well, one piece of the puzzle was solved.  A second large flash in the Minimum Flash Area  product occurred between Lubbock and Amarillo, around 1500 km2.  To see what was going on, we now take a look at the difference between GOES-16 GLM: 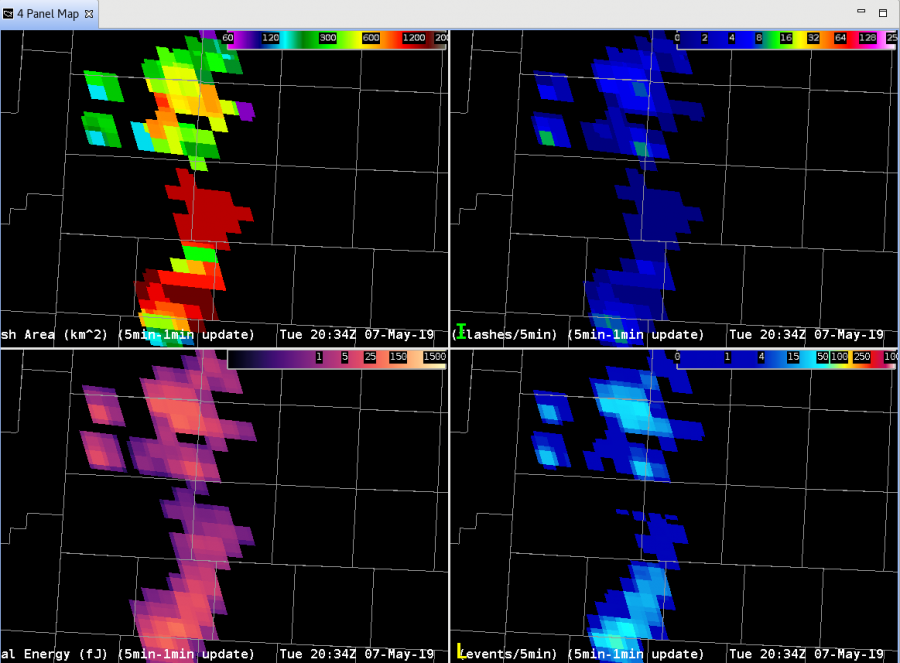 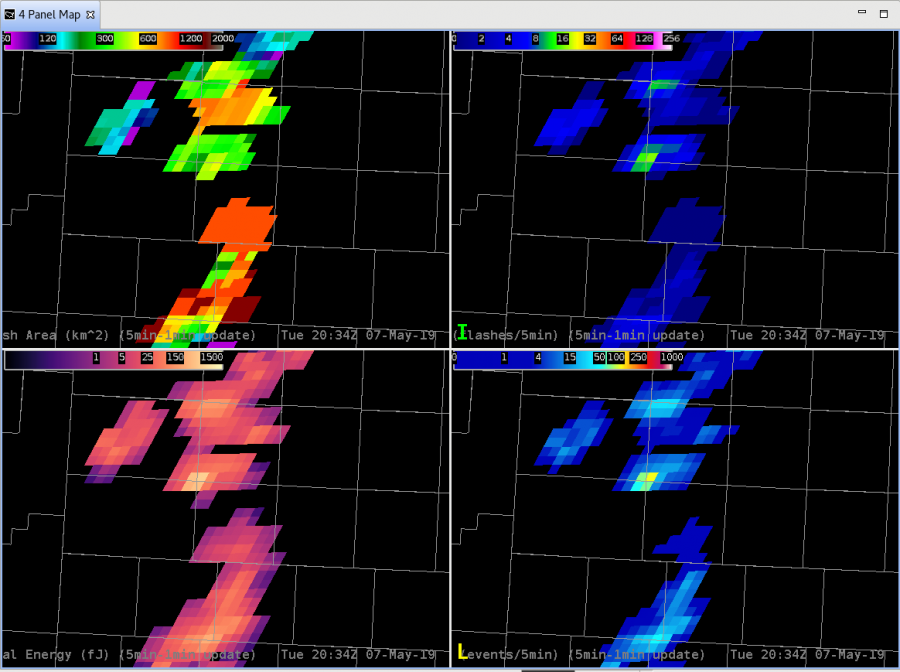 After a LOT of going back and forth, we realized that the color table for Flash Extent Density had the alpha at zero for anything around 1.0 to 1.244.  SO, the previous example that showed no FED actually DID have data associated with the large flash; it was hidden (my bad!).  Fixing the color table to plot any data greater than zero at the darkest color blue and…voila! The large flash now does show a FED of 1.0.  So that problem is now solved.

However, there is still a question as to why that big area flash occurred where it did, when it did, and if it was actually as large of a flash as indicated.  Still something to dig into further!