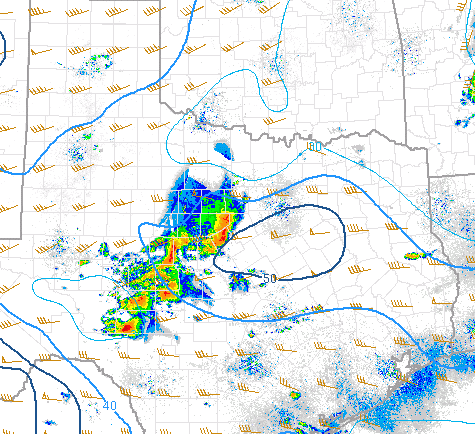 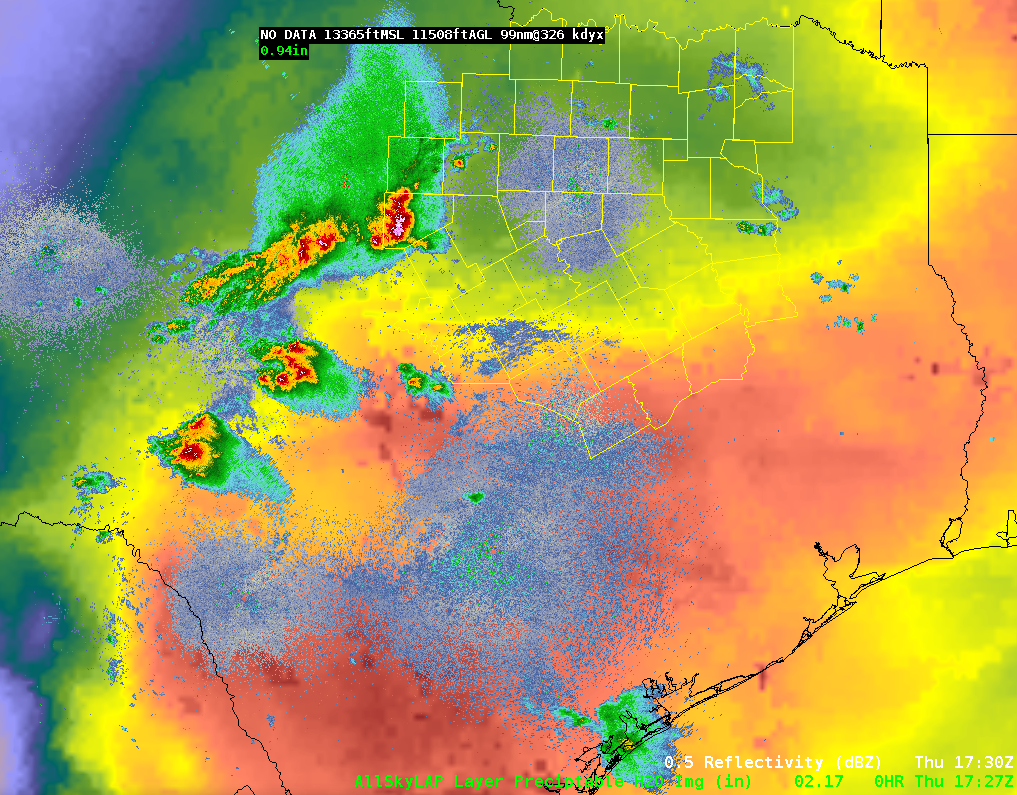 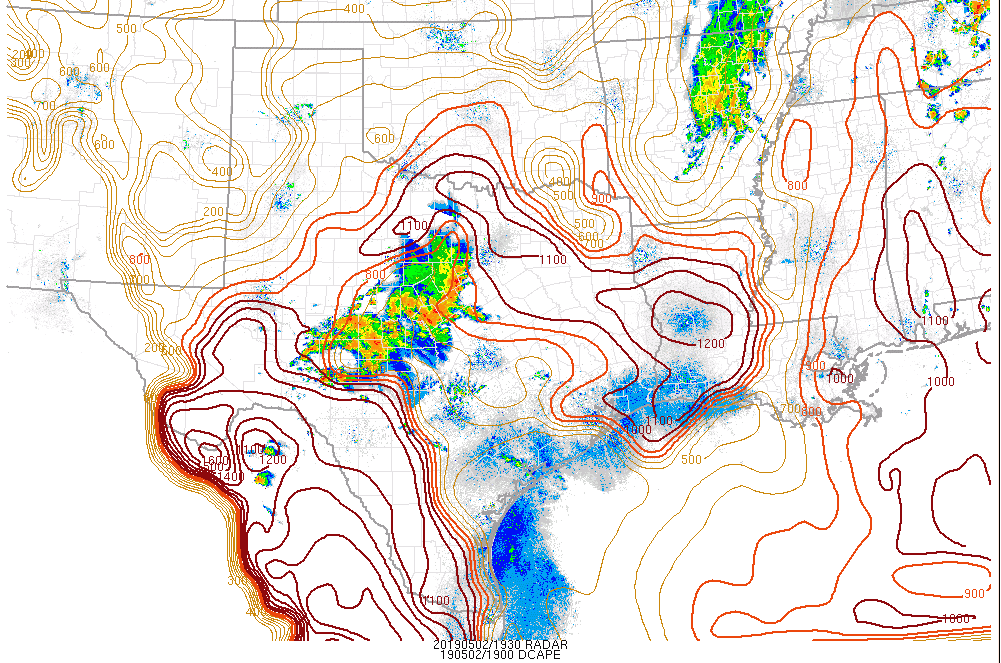 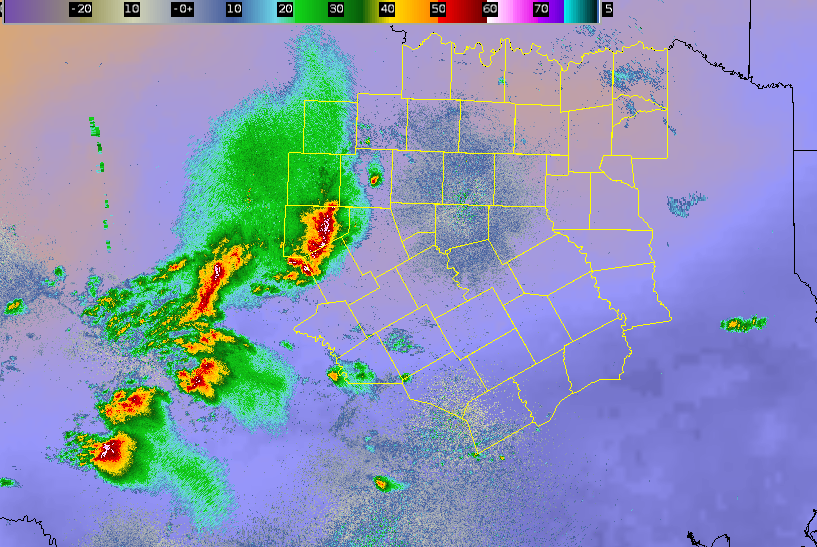 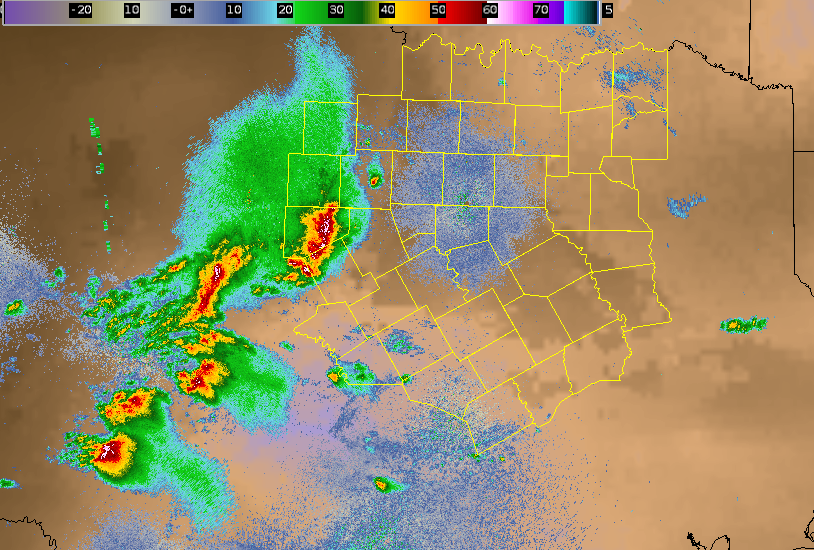 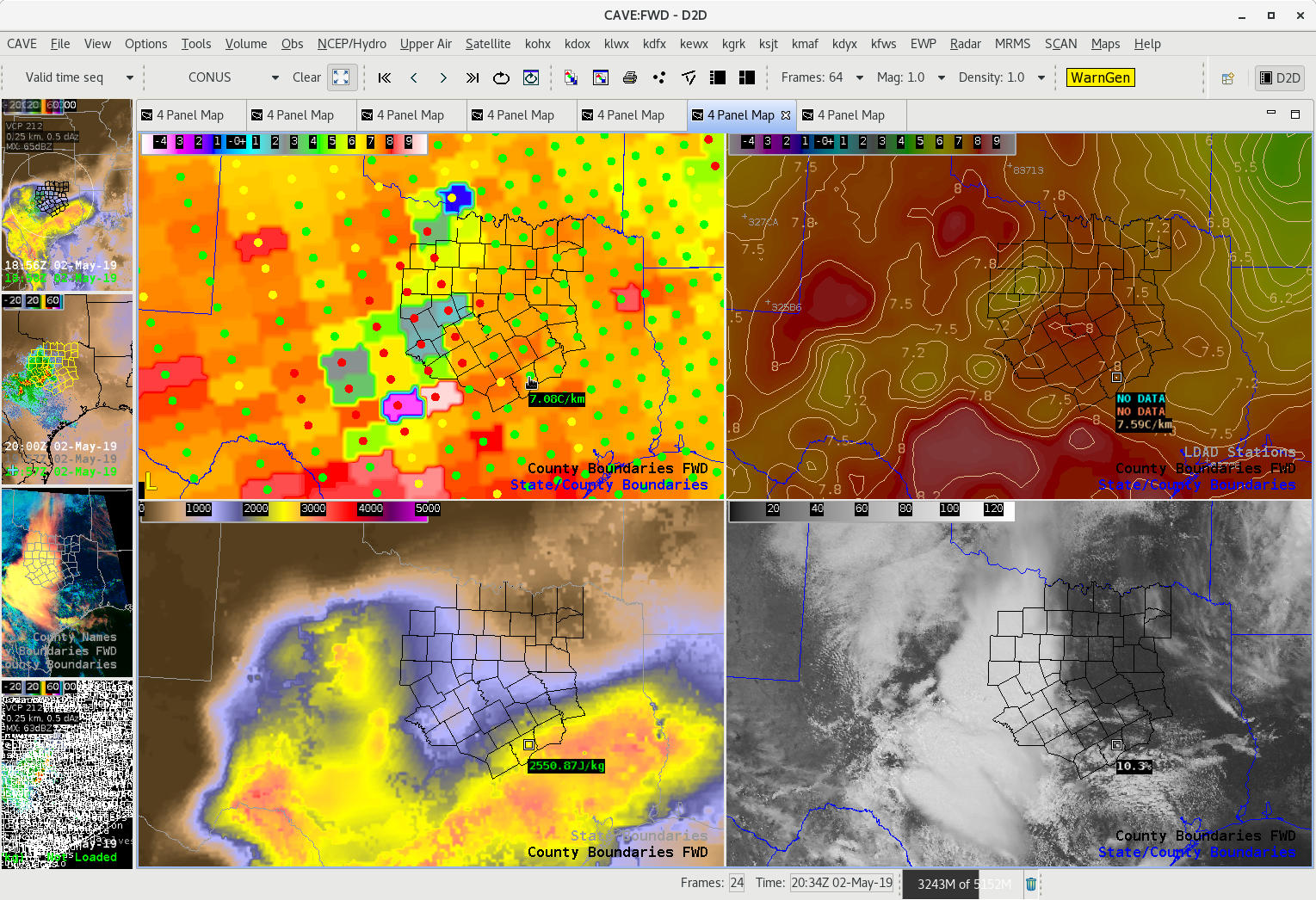 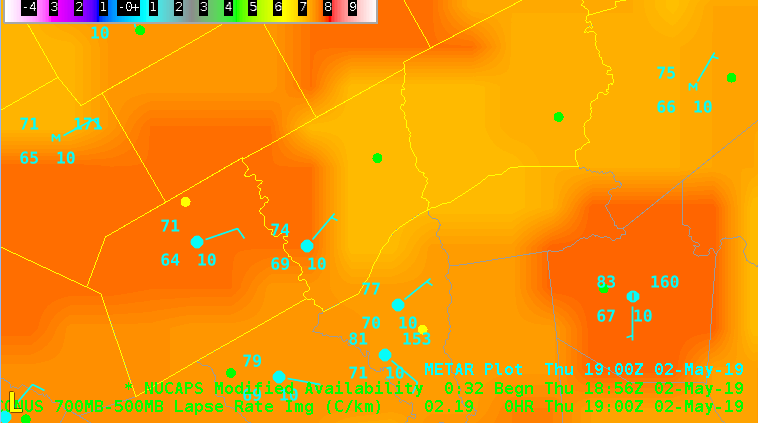 This is a loop of radar and All Sky LAP CAPE.  Notice the higher CAPE values in the southern part of the CWA. This is were linear convection could grow upscale become surface based and capable of produce damaging winds.  -Jake Johnson 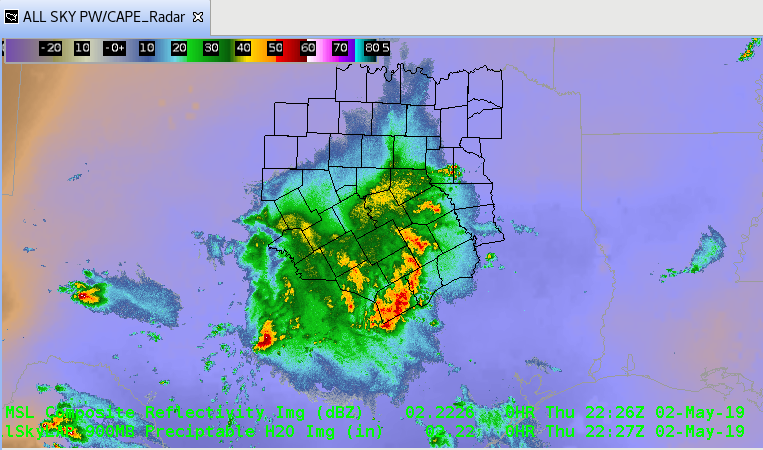 The ProbSevere Wind spiked to 80% with a thunderstorm that later moved across southern FWS CWA, which was our area of concern.