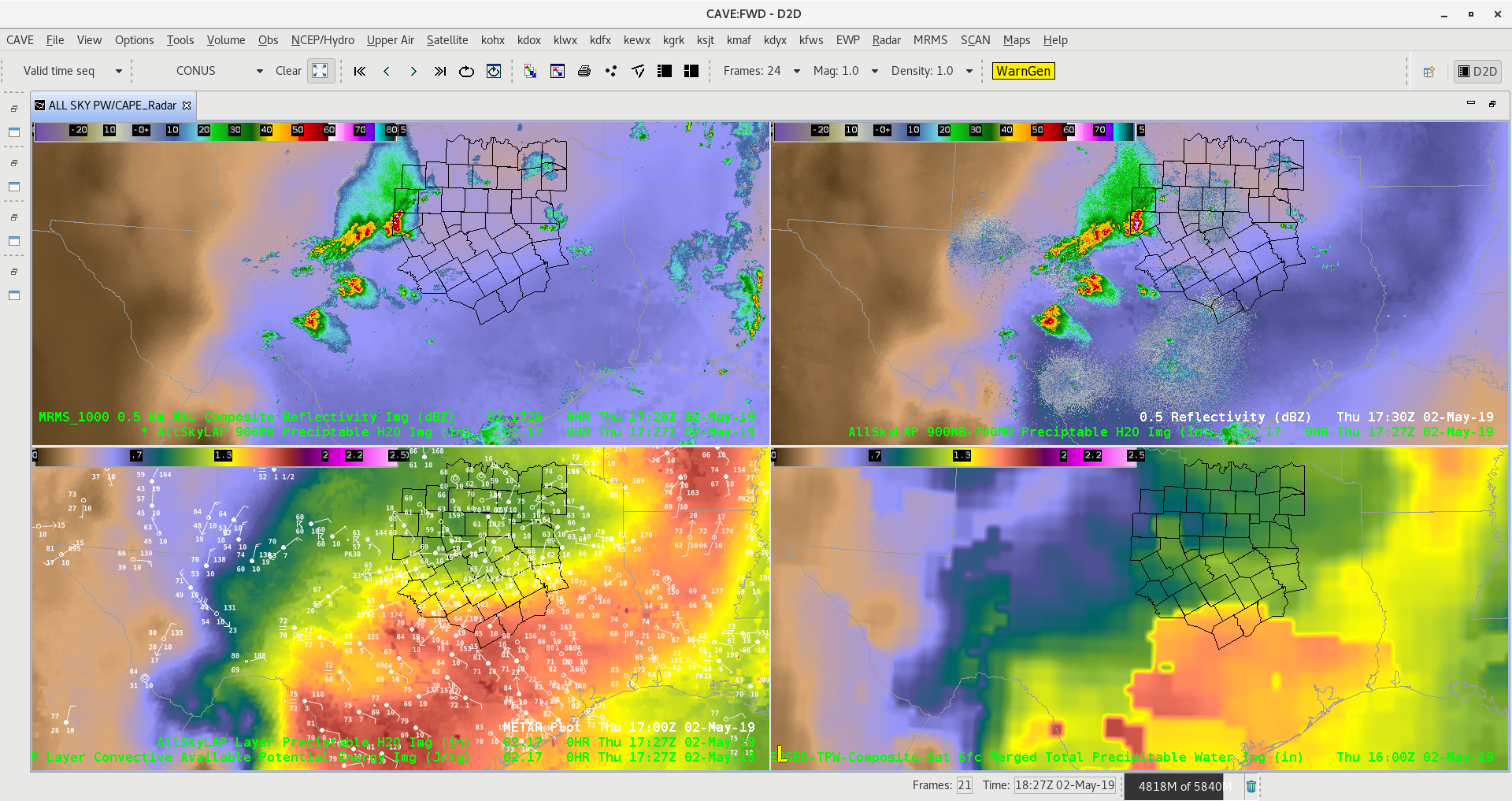 All sky continues to handle total PW better than CIRA Merged Total PW looking at the bottom two frames. Notice the westward expansion of better moisture in the All Sky which matches up with surface obs compared to much lower values further west on Merged Total PW. 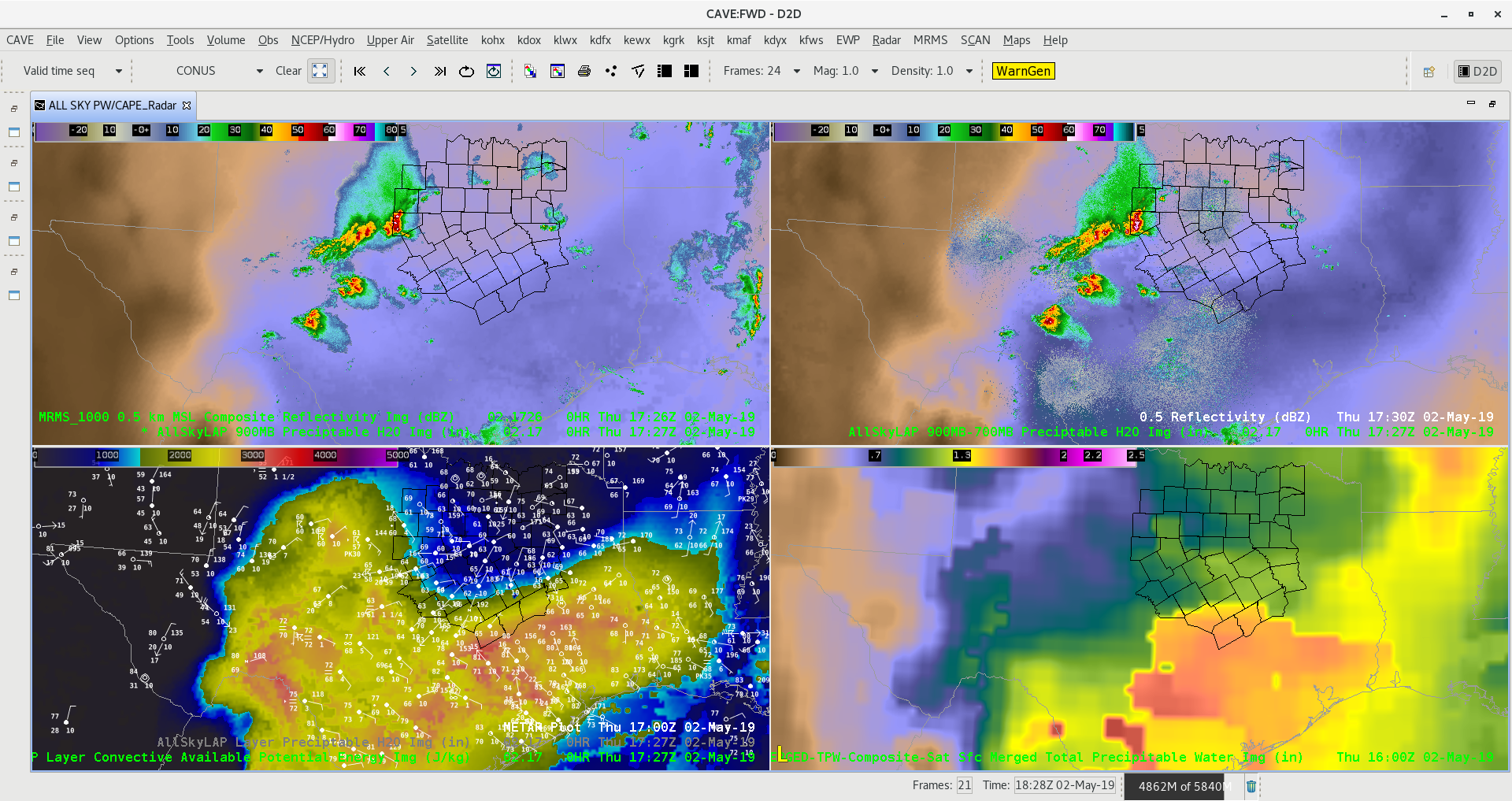 Looking at the lower left panel for CAPE in the All Sky product we see a well defined instability gradient in southern FWS area which has our interest for higher probability of severe weather. Storms across central and northern parts of Dallas/Fort Worth area will be elevated, however storms that develop in southern part of the CWA could become surface based along the instability gradient.  -Jake Johnson 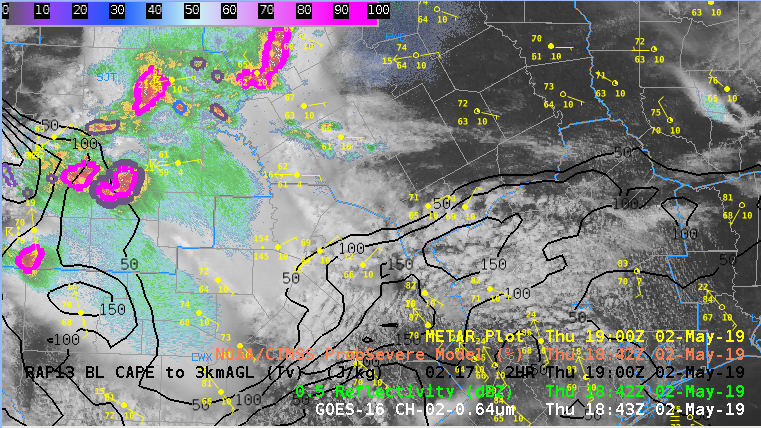