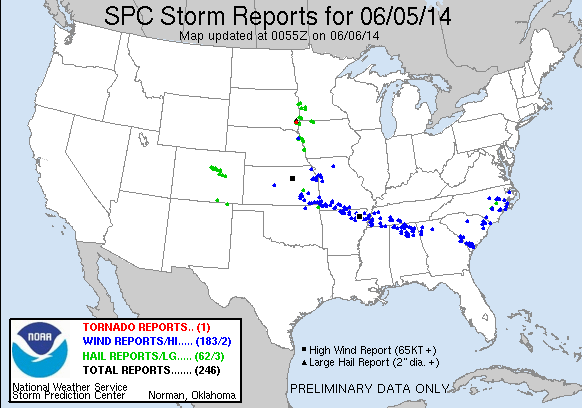 Given the potential for cirrus-free skies and a lightning mapping array, we elected to operate in the High Plains where another upslope day was expected.  In particular, we chose the Pueblo and Boulder CWAs.  However, it became clear that the Pueblo CWA would wait to convect until later.  Given our time constraints (ended at 7 pm to start surveys), we decided to operate in the Huntsville CWA, where a very fast-moving MCS would move into a lightning mapping array.  Most of our experimental products were used, including the OUN WRF.  Several severe storms formed in both active CWAs, with multiple lightning jumps observed in both.