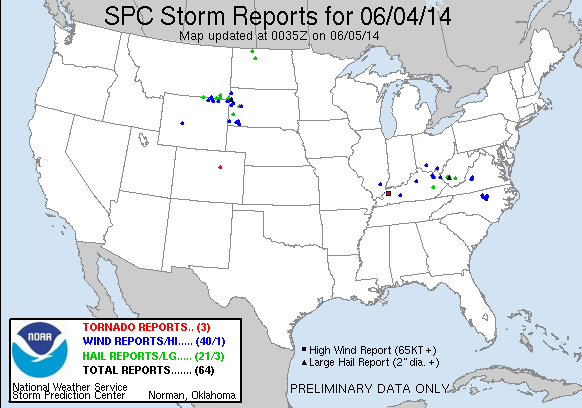 Early in the day, it appeared that the greatest severe threat would exist in the MS/OH valley region.  Additionally, there were enough breaks in the high-level clouds to allow for use of the GOES-R satellite products.  However, as the day progressed, it became apparent that the region would not destabilize as much, so we moved Team 1 to Springfield, MO (based on a favorable mesoscale discussion).  As it turns out, the capping inversion would hold over that area.  Thus, we moved Team 1 to Cheyenne, WY – hoping that we could catch some lightning data from the LMA in Denver.  A few marginally-severe storms did develop.

Team 2 remained in Boulder all day.  There, they used the GOES-R products extensively, including the NearCast, UAH CI, Probability of Severe, and lightning data.  Several severe storms developed, though only one severe report was officially logged (for a landspout tornado).