As described in this blog a few hours ago, storms developed S of Pecos due to ongoing diabatic heating in an environment modestly supportive for strong/isolated severe pulsating storms. Thunderstorms rapidly grouped in a loosley organized convective cluster, which gradually approached the NM boarder during the following hours. At 2300 Z, both IR showed the peak of activity/organization of that cluster with a constant weakening trend thereafter. However, the synthetic one caused a rapid decay of that cluster until 0100Z, whereas real time IR data still indicated a large cluster with cloud top temperatures of below -50 degree celsius at that time. Also, lightning activity was still present at 0100Z with that cluster although a rapid decline was also noticed until 0130 Z. So peak strength was captured well with a too fast decline of the cluster’s strength thereafter.

The synthetic IR did also an outstanding job in highlighting the area of initiation (both timing and the region…not shown). 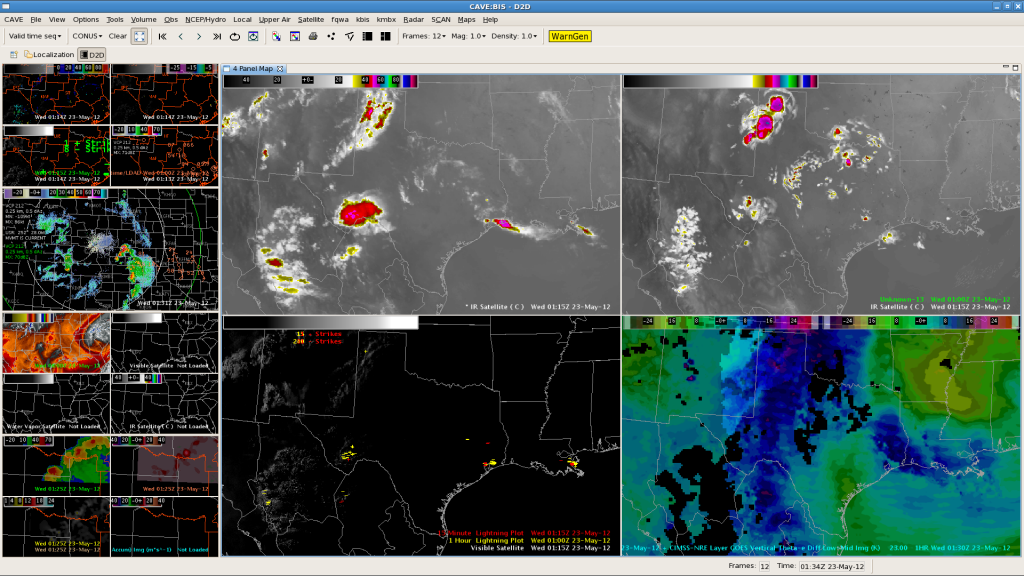